In Landrace 1 – bere the query arose as to whether there was a bere line from the neolithic (late stone age), a line of transmission of bere (barley) seed from the first settlers in these regions to the present day. Another question was when bere and barley became  distinct – they are the same plant species, but just look a bit different, close up.

So since bere is our most famous and still-grown-in the-wild-but-only-just cereal landrace, the Living Field will explore the bere line as a fairly random walk through time, backwards and forwards that is,   putting facts and photos on this web site as we find them.

At some point in the future, we might order them into a chronological list, starting with the earliest and ending with the most recent, but ‘random’ suits us for now. 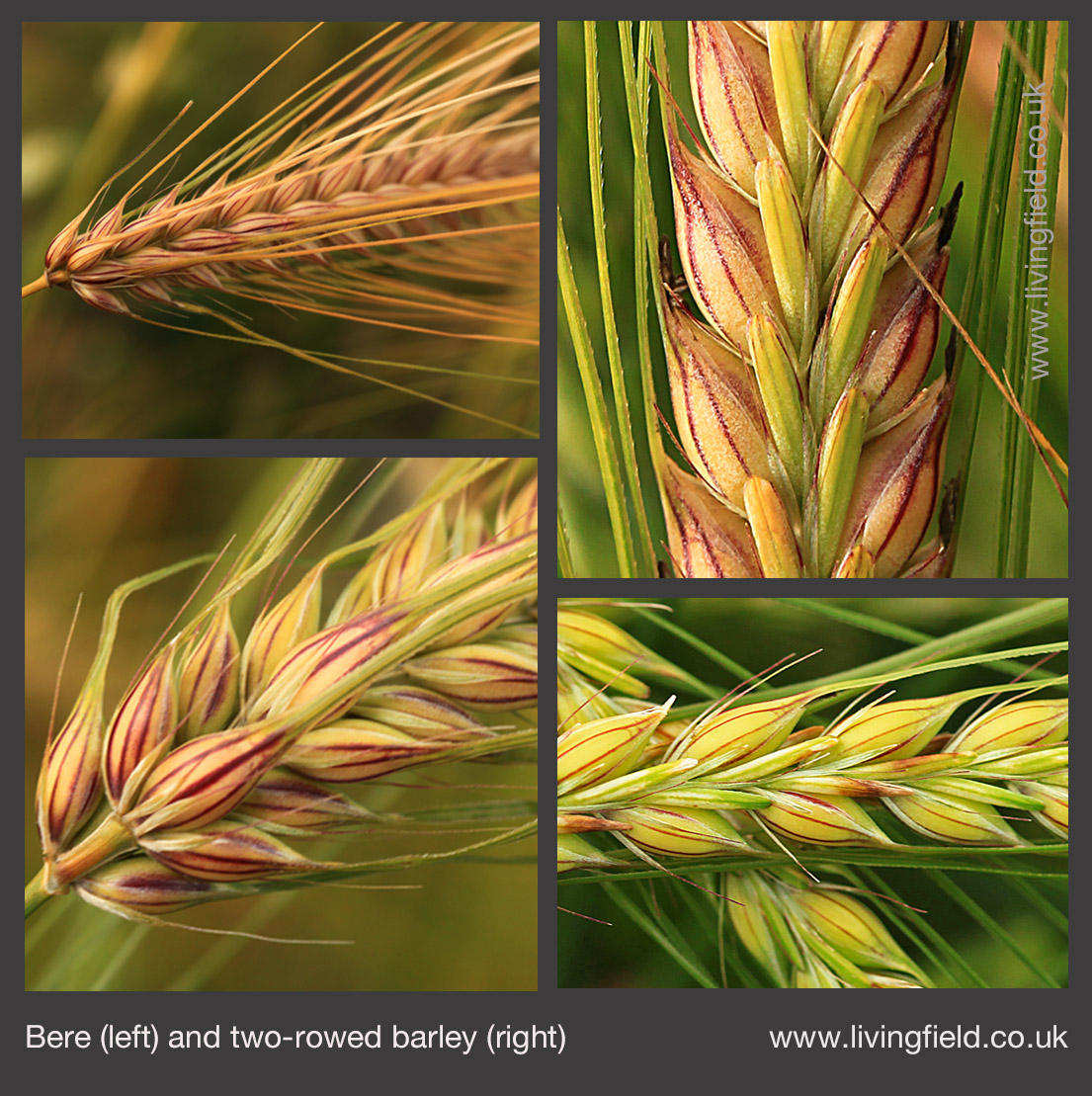