Paula Pongrac and colleagues worked with Jean Duncan to prepare images and etchings for an exhibition titled The Beauty of Roots.

Work included micrographs of roots, plants growing in solution with their roots visible and some of Jean’s artwork depicting cross sections and small plants. 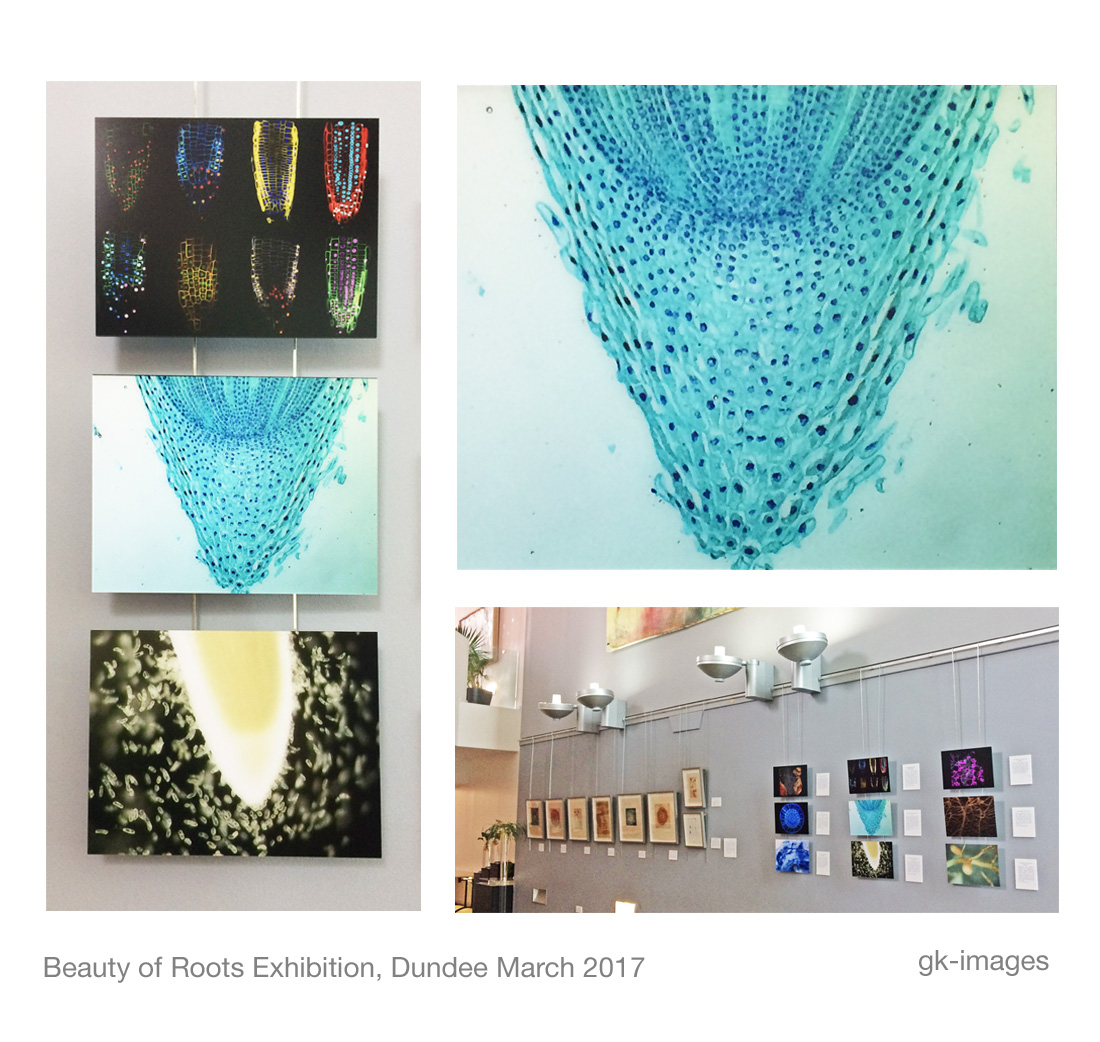 The exhibition was held in the the University of Dundee’s Dalhousie Building for a few weeks in March 2017 (images above).

Jean has also been preparing paper from various plant materials. A small plant is appressed to a sheet of paper (left below) or the paper is used to print an etching. 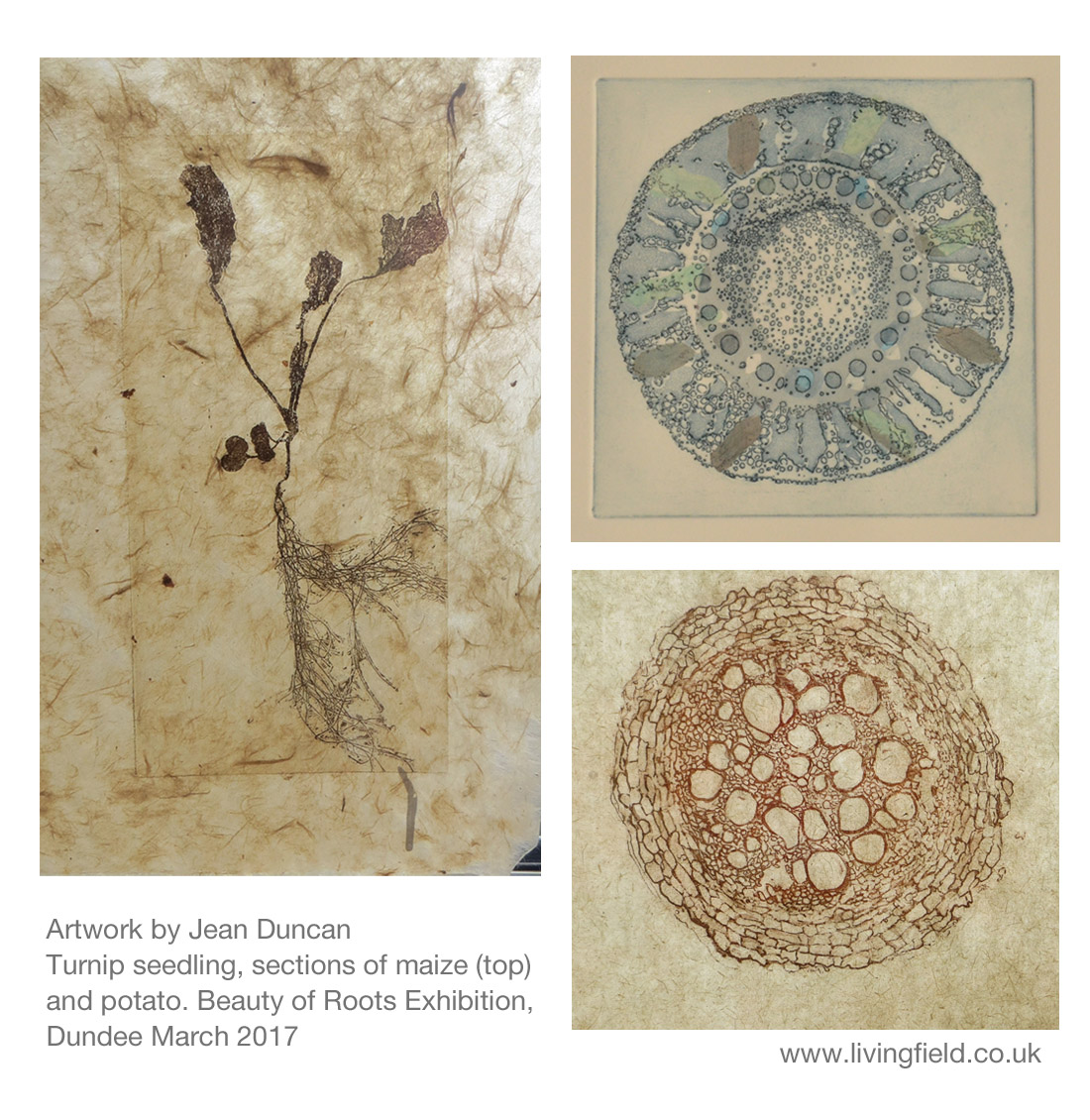 The turnip seedling above left (swede or Swedish turnip, Brassica napus) appears almost fossilised, its two seed-leaves or cotyledons still attached between three new leaves and young fibrous roots. These seed-leaves unfold from within the seed as it germinates. They are the seedling’s first source of nutrients.

The seedling will not last long on its cotyledons alone: it has to put fine roots out into the soil to get the minerals and water it needs for growth. The nutrients taken  from the soil allow the first leaves to expand and to take up carbon from the air (photosynthesis). In turn, the carbon compounds made in the leaves are moved to the roots to allow them to extend and explore more of the soil.

It is a fine balance between leaf and root at this time. 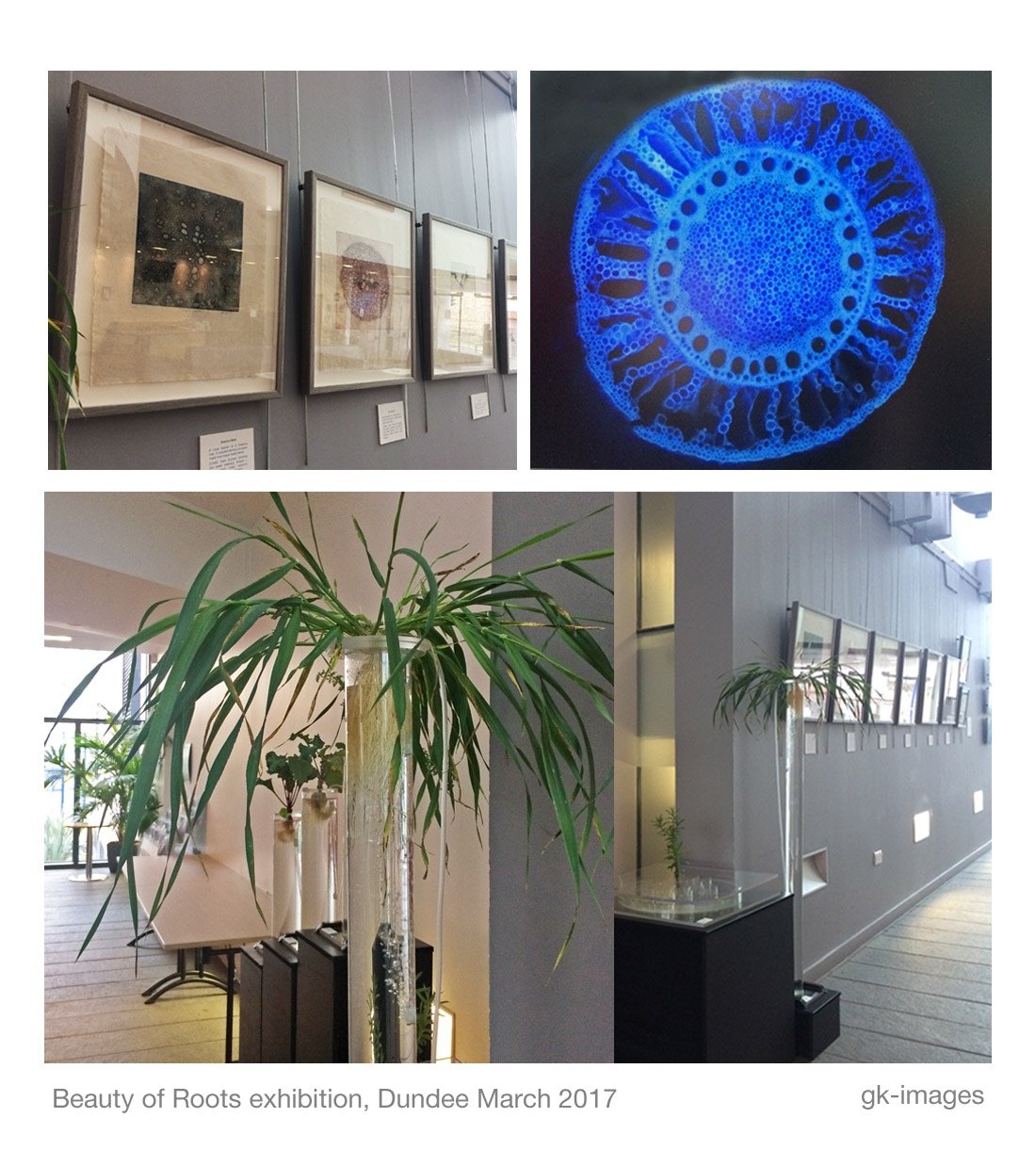 The photographs on display show various adaptations of roots to their soil environment. The blue image in the top panel shows the tip of a root. The cells, each with a darker nucleus, are continually formed at the tip, and slough off as the root pushes through the soil. They act as a lubricant, easing the path of the tip as it pushes through the soil organic matter and mineral particles.

Jean’s prints are mainly cross-sections, cutting through the tubes and air spaces that run the length of the root. Some tubes take water and nutrients to the upper parts of the plant. Others bring carbon compounds down from the leaves to the root tip.

The Living Field’s correspondent gk-images took the photos for the top and bottom panels above at a visit on 18 March.

More of Jean’s artistic depictions at The Beauty of Roots  ….

Back to Jean Duncan’s main page on this site …