Phil and I had a trip to our observatory on Wednesday evening as the sky (miraculously!) cleared.  Our aim was to check out the ‘Go-To’ function of the telescope following our refinement of the polar alignment on the last clear night (a few weeks ago).

The procedure is to start from a ‘parked’ position and ask it to go to a reference star then fine tune the alignment with the hand set.  We chose the star Altair and centred it then asked the telescope to go to a nebula known as the Dumbbell Nebula (M27).  To our joy it went there almost precisely.

We then asked it to go to the globular cluster, Messier 15, which it did, again very accurately.  At this point, having our cameras with us, we decided to have a go at taking a few images of M15.  I had always thought of this telescope as being most useful for photographing (or viewing) the Moon and planets because of its long focal length but I was amazed to see the results of our brief attempt at a distant, faint object.

I took only 10 images of 20 second exposure each.  Normally for deep sky work I would take about 40 images of 30 – 60 seconds each but I could see that the results with the 12 inch Meade looked very promising.

I have attached a final image of M15 which was produced by stacking the images I took.  With this result I think the potential to photograph faint, deep sky objects is huge and I look forward to trying some other objects soon.

Out of interest, M15 is a globular star cluster in Pegasus at a distance of 33,000 light years and with an age of 12 billion years.  It is a very dense concentration of stars which probably has a black hole at its core.

We continued to have a look at several other objects with complete success.

We would like to ask any Hutton staff who may be interested to have a look through our telescope.  Probably the best object to begin with would be the Moon but that is very low at first quarter until at least December and it gets better at the start of next year.

However, although low, it may be possible between November 04 and 12 and December from 06 – 12.  The hedge to the south of the observatory has grown a bit and may hide the Moon at its lowest points but it isn’t a problem otherwise so, if there happened to be clear forecast, perhaps I could contact you earlier in the day and you could pass that on to staff.  I know it’s a last minute thing but, unfortunately, that’s the nature of astronomy (at least in Scotland!).

If interested staff knew there could be a last minute call, perhaps they would be willing to return to Hutton for around 7pm on any clear night on which we would contact you during the day,

Ed: Thanks again Ken. We’ll find a way to let people know about this and get the message out on the day.

The present ‘image of the month’ shown at the top of the right-hand margin is one of Ken Kennedy’s photographs of the moon’s surface. Ken and colleagues from Dundee Astronomical Society [1] have worked with the Living Field for years, exhibiting at our open days and writing about the sun, moon and atmosphere [2].

“The image you have chosen shows the dogleg of the Hyginus Rille, a volcanic feature along which you will see a series of small craterlets.  Above the Hyginus Rille and to right centre you will see a distinct but fairly small crater called Triesnecker.  When I took the image I was attempting to catch the complex of rilles around this crater and, on this occasion, I was successful.”

“These rilles are believed to be of ‘tectonic’ origin which probably means that they are ‘cracks’ in the Moon’s surface due to early shrinkage and moonquakes.  Other rilles are caused by lava flow or graben faults causing collapse of a section of ground.”

“The memory seeing Apollo 11 live on television 50 years ago is still vivid in my mind. Although I did not meet Armstrong or Aldrin I did meet David Scott, commander of Apollo 15 when he visited Mills Observatory in 2005.  I was astronomer there at the time and was able to ask the seventh man to walk on the Moon about Hadley Rille near to where Apollo 15 landed. “

“David Scott and James Irwin took the lunar rover to the edge of Hadley Rille and he told me that, contrary to it’s telescopic appearance, the walls of the rille are at an angle of about 45 degrees.  He said that he could have walked into the rille – but did not do so!

He was kind enough to sign a photograph of himself on the Moon beside Hadley Rille.  I have also attached an image I took in May which shows the Apollo 15 landing site.”

With thanks to Ken for the moon images and the historical connection.

[2] More on the Society can be found on this Living Field page livingfield/people/dundeeastro.

[2] Jim, Ken, June Andy and Tony from DAS demonstrated telescopes and astronomical images at Open Farm Sunday on 9 June 2019 – “one of the busiest we ever attended”. On the day, Geoff Squire and Glady Wright from the Living Field project were presented with certificates as Honorary Members of DAS. With thanks! 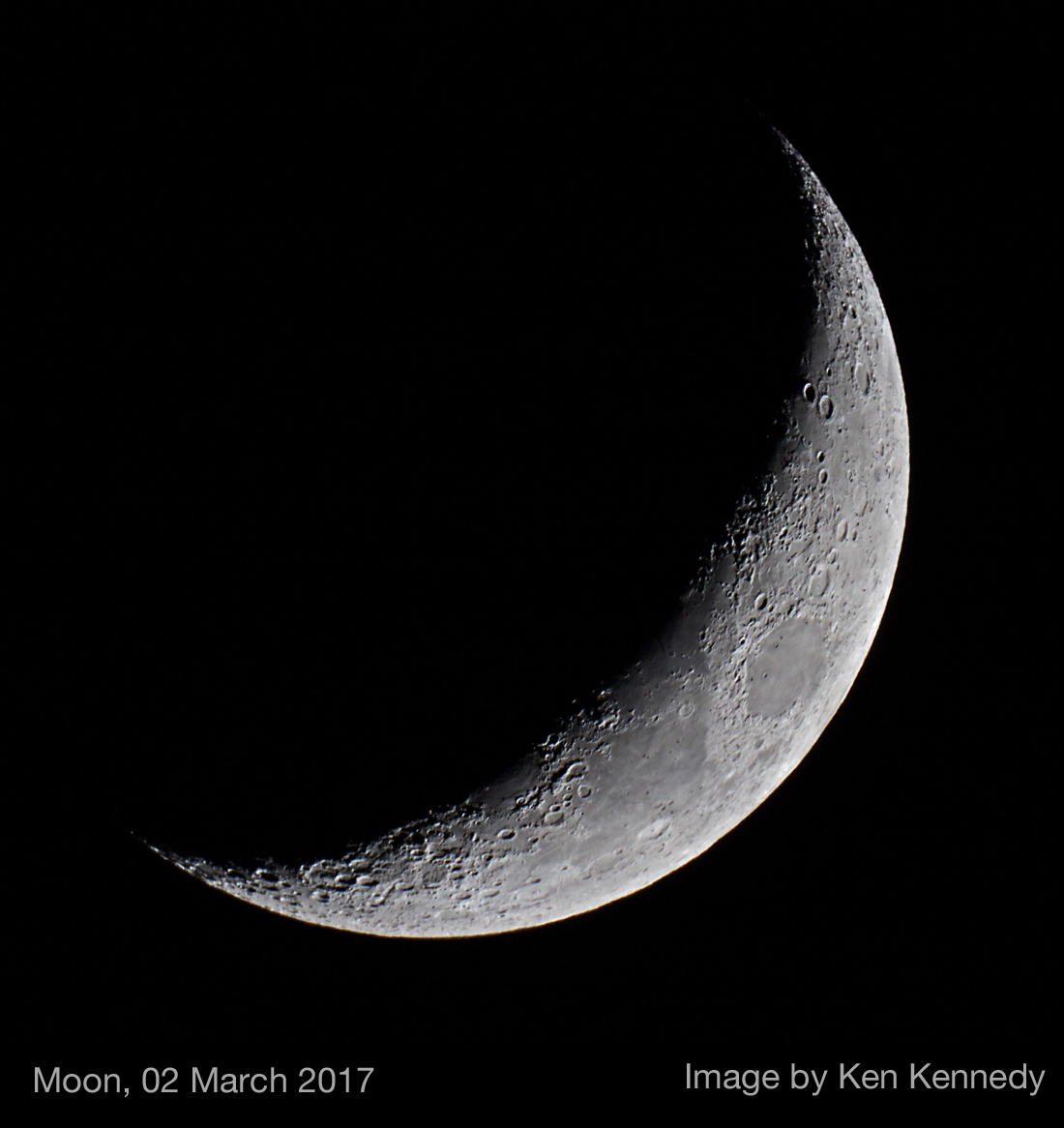 With thanks to Ken Kennedy of the Dundee Astronomical Society … more from Ken on Noctilucent Clouds.

Dundee Astronomical Society has been joining us at various open days for some years and has a small observatory in the Living Field garden. Ken Kennedy kindly sent us this article on noctilucent clouds for the Living Field web site.

We all hope for a fair bit of sunshine during our northerly summer months but the suggestion that clouds may appear in the summer sky will not be a concept too alien to most of us. However, the clouds I am thinking about are not the cumulous or even stratus type clouds you may well expect on many (well, perhaps most) summer days. In fact these clouds will not be making their appearance during any summer day but could appear an hour or so after the Sun has set and disappear about an hour before sunrise.

On June 8, 1885 Thomas Backhouse in Kissingen, Germany became aware of wispy bluish-white clouds low down towards the north and north-west following a beautiful sunset just a bit earlier in the evening. It had become quite a habit for many people to watch the sunsets and sunrises following the eruption of Krakatoa in August 1883. Many of these were quite spectacular with pink and purple colours which were the result of changes to the light of the setting Sun by particles in the upper atmosphere pushed upwards by the violence of the volcanic eruption. What Backhouse saw on the night of the 8th June, however, was rather different. These clouds were a pearly white, tending towards blue in colour, not the garish colours produced by the volcanic sunsets. It is likely to have been the colourful sunsets which allowed the discovery of these still unusual clouds as a number of historians of astronomy have failed to find any realistic reference to them before 1885.

More reports of sightings of these clouds were made and, as they were seen during the late evening and night, were given the name noctilucent clouds (NLC) or night luminous clouds. Reports and frequency of sightings gradually increased into the 20th century by which time they became a serious curiosity and were creating some questions in the scientific world. It was generally agreed that rising warm air cools and moisture carried by that warm air forms water droplets as the air ascends. These form clouds which could extend upwards to around 15km. Beyond this, very little water could be carried, and certainly not sufficient to form these clouds which had been measured to be at the remarkable height of around 83km. The clouds are formed of ice crystals and are illuminated by the Sun which is between 6 and 16 degrees below the observer’s horizon. James Paton, the then Director of the British Astronomical Association’s Aurora Section made an extensive study of NLC from his home in Abernethy until his death in 1974. Dr Mike Gadsden of Aberdeen University continued to make a detailed study of NLC from the Cromwell Tower of Aberdeen University until his death in 2003. I remember well Mike saying to me ‘These clouds shouldn’t exist. There should not be enough water at that height to allow visible ice clouds’. He also was the first person I heard who suggested that NLC may be a barometer of global atmospheric change (he said this before the phrase ‘global warming’ became popular).

Ken continues to explain how noctilucent clouds form, describes their role in space science, notably via the findings of the AIM (Aeronomy of Ice in the Mesosphere) satellite and points to the importance of the sun’s cyclic activity (sunspots) on their recorded occurrence. His article can be read in full at the DundeeAstro page on this web site Clouds on the summer horizon. With thanks. 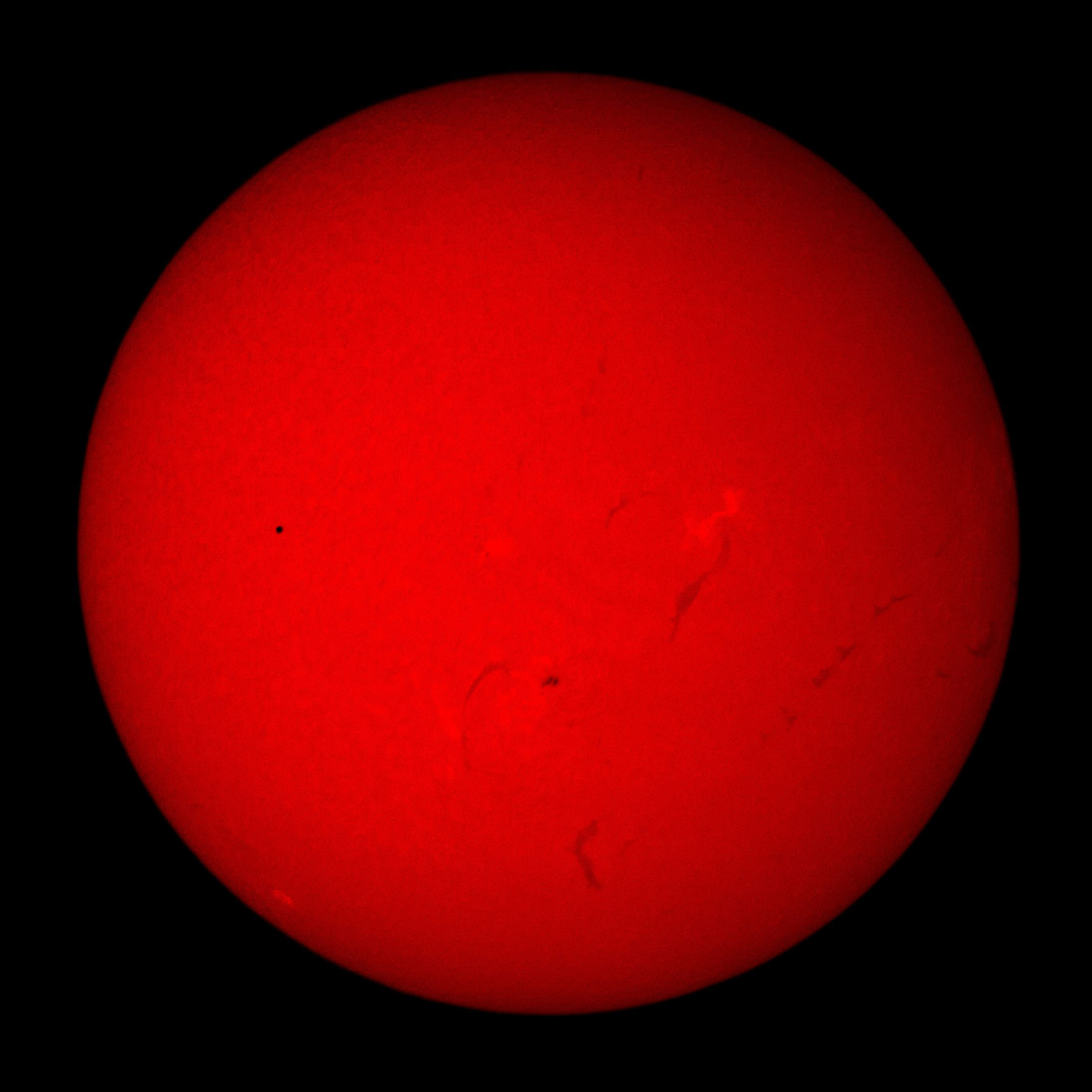