Now here’s an informative article by Iseabail Macleod on the occurrence of names for corn from the 12th century to 1700.

The article starts with: ‘What does the terminology of cereal crops and their products in the Dictionary of the Older Scottish Tongue (DOST) tell us about the language and diet of Lowland Scotland in the period? Her review of the records leads to the statement “Cereals … after 1550 became dominant, as the most economic way to feed a growing population. The earliest staple crops were oats and bere.” Wheat is stated as a “the food of the privileged, a cash crop and not normally consumed by ordinary people.” The author says that the best sources of information are “administrative documents, including court and burgh records, and the Treasurer’s Accounts.” (Ed – agreed, conventional histories the world over hardly mention what feeds the people.)

Wheat the food of the privileged then? Not so true today – many people eat imported wheat as white sliced or cereal nibbles,  while bere is becoming a gourmet delight.  (Just think) bere bannocks,  made from Orkney bere-meal and pure water, cooked on a cast iron griddle wood-fire-heated, drizzled with home-grown cold-pressed lime-infused rapeseed oil and enjoyed with a glass of micro-brewed Colonsay or Arran (Source: gourmet trials in progress, Living Field).

Barley and oats have kept northern people going for thousands of years (north of the sub-tropics and mediterranean, that is) and both of these cereals appear together in DOST. But do the records tell us anything about the difference between barley and bere.

Macleod writes that in DOST, bere also occurs as bear and bair, also beir. Big or Bigg (from Old Norse Bygg) “does not seem to be in the DOST record” “though it occurs in Northern English” and more recently in Scots after 1700 (see SND).

So bere, bear and bair (also beir) were used before 1700 in Scotland, but what about barley? Macleod writes that the word barlie was used as early as about 1500 but that barlie and barley are both rare before 1700.

But were bere and barley different in those days? Hard to tell. Macleod cites the use of the term ‘barley beir’, but (we ask) was this a form of barley or a form of beir, or was it just that people sometimes used both words to mean much the same thing or simply just got confused? 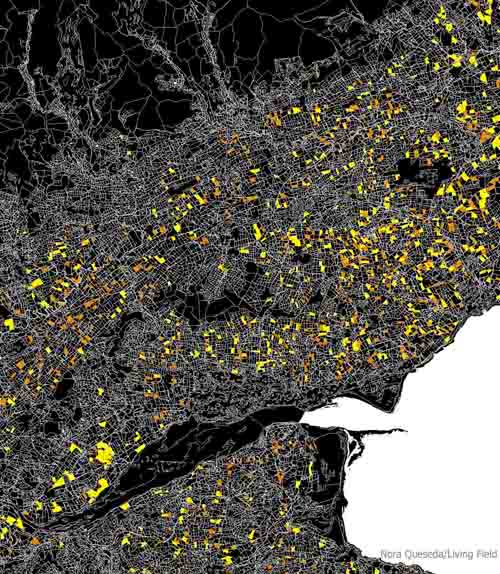 Standard measures for checking the dry volume of produce such as grain and fruit have been in place since trade in agricultural products began. A barrel or basket holding one bushel (8 gallon or 36.4 litre) was once commonly used in Britain. (See Light on bushel.) The following is an example of a device used in Ancient Greece and Rome.

The measuring tables at Ancient Messene

At the archaeological site of Ancient Messene in the Peloponnese, Greece, there are stone tables into which hemispheres or bowls have been carved. A notice nearby states that these measuring standards were found during the excavation in what was originally part of a communal space (the agora). The bowls were “for testing the capacity of the containers used by merchants who were selling dry fruits and grain”. Images of the tables and bowls are shown below.

The tables are sited by a wall under the letters A and B in the upper image.  Table A is shown lower left; it measures more than 1 metre in length. Each table has two bowls carved into it, identified by the white ovals, lower right.

The bowls have a rough surface, and holes at the bottom which would have been fitted with stoppers. The holes were large enough for grain to pour through when the stoppers were pulled out.

There was one further table, positioned in a corner made by two walls. One of the bowls seemed to have a hollow stone hemisphere placed on top of it (image below), the purpose of which is unclear.

The ‘mensa ponderaria’ at Assos (after Tarbell)

This type of table, known generally as a ‘mensa ponderaria’ was widespread in the ancient world. F. B Tarbell gives an account of one found at Assos, an ancient site in Turkey. The table from Assos is a block of marble – 1.11 m long , 0.455 m broad and 0.21 high – in which have been excavated 5 bowls of differing volume. For various reasons, including that the surfaces of the five bowls are rough (as at Messene), it is believed they were originally lined with bronze. There is a copy of a drawing from Tarbell’s article below. A photograph of this mensa can be seen online at the Boston Museum of Fine Arts (see references). The bowls are estimated to have held between 0.27 and 4.62 litre.

The largest bowl from Assos is therefore about 13% of a bushel. These capacities look at though they were designed for ground material or fine seed, for example ground spices or meal or cleaned seed of small-seeded crops. Coarser material such as fruit and husked grain contains a lot of air space that can cause packing errors when poured into such small containers.

The stone tables and bowls at Messene appeared larger than the ones from Assos (but unfortunately they were not measured during the visit). From memory, the largest bowl would hold about half a bucket or one-third of a bushel, which is getting a bit closer to the practical size for measuring the dry volume of rough grain that retains husks, such as oat and barley, or small-sized fruit.

Ancient Messene was founded 369 BC, around 2400 years ago. These durable measuring tables indicate the importance of standard weights and measures to an advanced society that depended on agriculture, and on trade in produce, and wanted to be, and seen to be, fair and to avoid having the people misled by traders and merchants.

Photographs of the Assos mensa ponderaria at the Boston Museum of Fine Arts: http://www.mfa.org/collections/object/measurement-block-mensa-ponderaria-199469

The archaeological site of Ancient Messene, search at http://www.visitgreece.gr