The third cross-quarter day of the year, in the first week of August, is mid-way between the summer solstice and the autumn equinox. It’s a time when the corn is ripening and harvest will soon begin.  Many of the cropland’s plants are seeding, but some remain in flower. A satisfying time of the year if it stays dry. 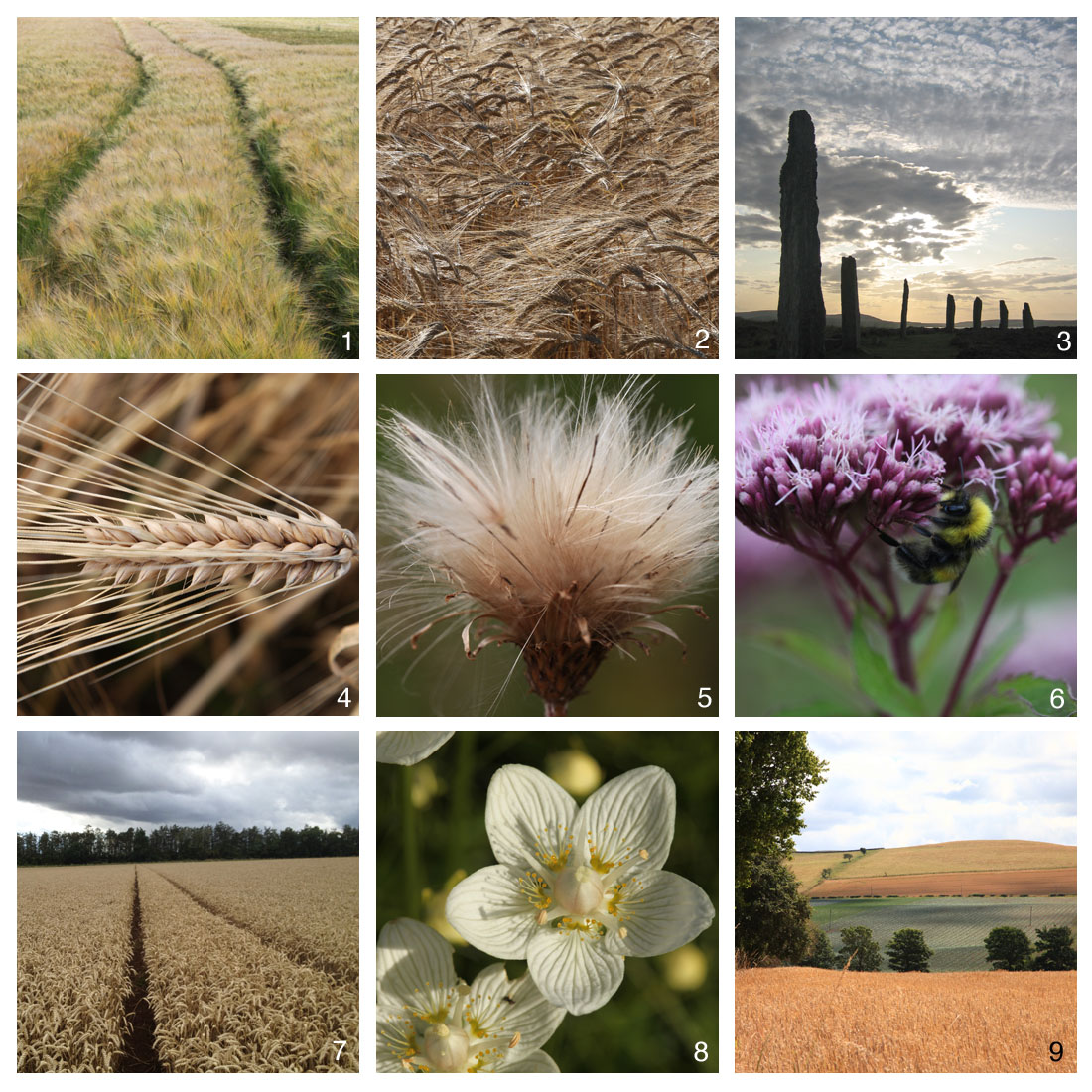 4 Ear of six-row, winter barley, nearly mature. 5 Mature head of creeping thistle, dispersing hundreds of seeds, one of the most successful weeds of pasture and disturbed land. 6 Hemp-agrimony (with bumble bee) flowering (LFG).

7 Mature field of winter wheat, uniform and high yielding, ‘tramlines’ leading to a tree line at the far side of the field, mid-August, Borders near Kelso, to be harvested within two weeks. 8 Grass of Parnassus flowering on coastal grazing, Mull. 9 Cropland baking in late summer heat, mid-August, Borders.

LFG – grown and photographed in the Living Field Garden.

The year shifts, the days shorten and the sun is a bit less hot, but on average it is the warmest time of the year.  After XQ3, the solar income falls quickly day by day to the autumn equinox. The ‘sol’ graph shows lower values after the summer solstice than before, but this is not always so: the year that was used to derive the curves had more cloud around XQ3 and AE than around XQ2 and SE. 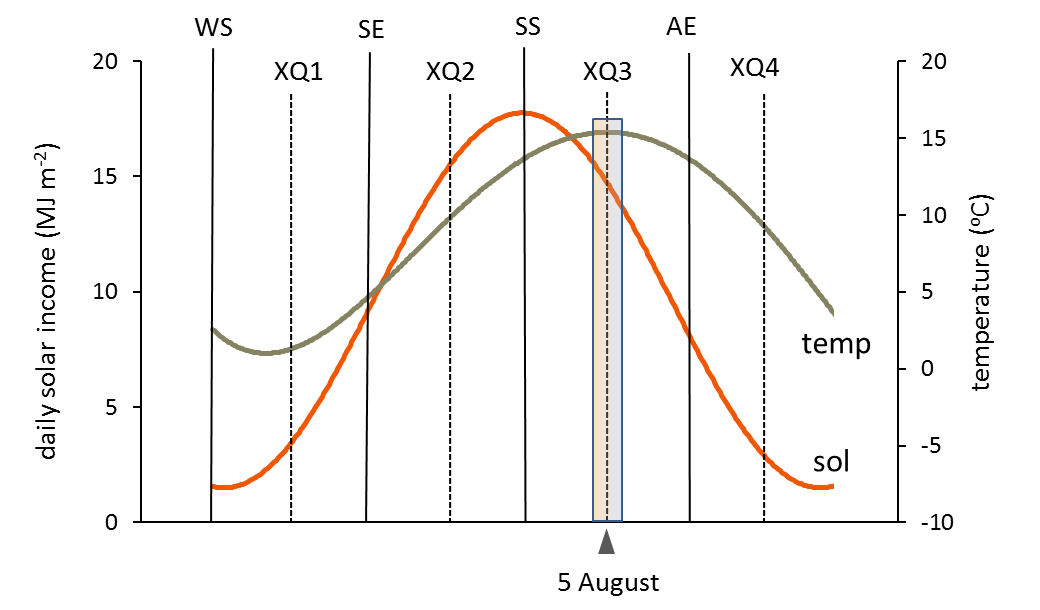 The early August cross-quarter day can be the most satisfying time in the croplands. On average it’s not too cool and wet. But some years it bakes and this year 2014, it baked the corn to shades of  parched off-white to golden brown.  Local hail and heavy rain can still floor a crop. But the ‘falling down’ or lodging that was so common even 10 years ago, has become less of a problem as cereal varieties have become shorter and stiffer in stem.

Of the corn, the winter barley, sown the previous autumn, is earliest to ripen and will be harvested in the next few weeks. Its ears are well arched, sometime hanging and brittle. Winter wheat (the second most widely grown cereal) and spring barley (the first) are still green and will usually not mature until well into September.

There is not much that farming can do at this point but wait. It’s become the practice to spray cereal and rapeseed crops with a desiccant, usually a broad-spectrum herbicide, to kill off any remaining weeds and (in effect) to kill off those parts of the crop that, following their nature, persist in staying green. But mostly, it’s a matter of waiting until just the right time, or at least until the combines are free.

No better time for field work – to sit with your back to a warm stone and watch the corn ripen.