It was May, and still many clear days with deep blue sky.  The garden was fenced. It was time to plant the hedges – a mix of species, sourced from local suppliers: blackthorn and hawthorn, bird cherry and gean, hazel, alder and elder, and several types of wild rose. Small whips they were, hardly more than a foot in height. 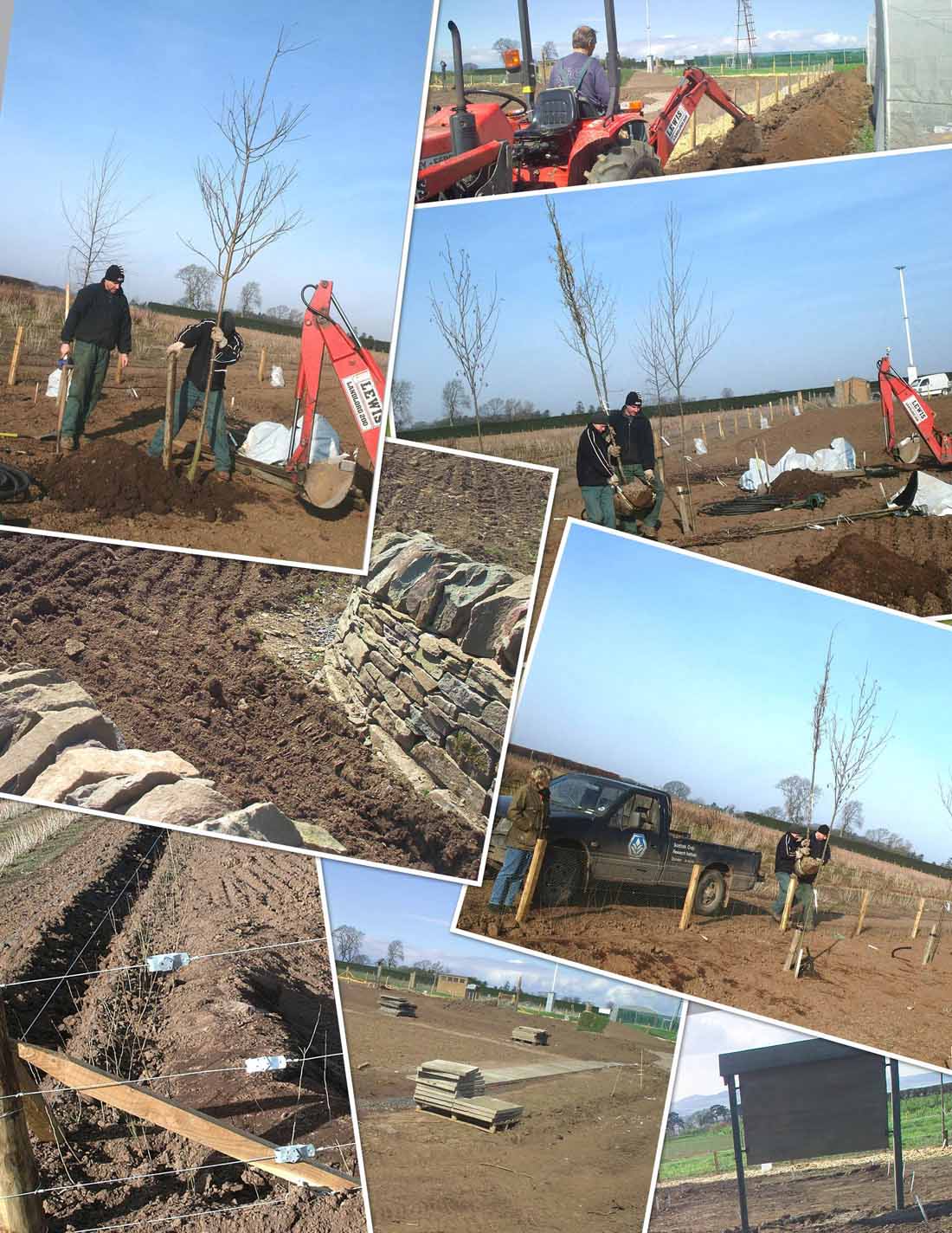 Near the south west boundary, just up from the pond … the ideal place to plant  a few trees, the small trees of the croplands – rowan, birch, hazel, alder and gean. They were bought as 10-20 foot saplings with well formed roots. Not enough space for the great trees of the maritime east, but they were growing in splendour elsewhere on the farm – the oak, ash and at one time the elm.

The paths started to go in and a small dry stane dyke at the entrance to the met site to the north. The wooden supports and shelters for the poster boards were erected.

The garden was starting to take shape … but no plants yet.

Next … Real estate (hotels and apartments)