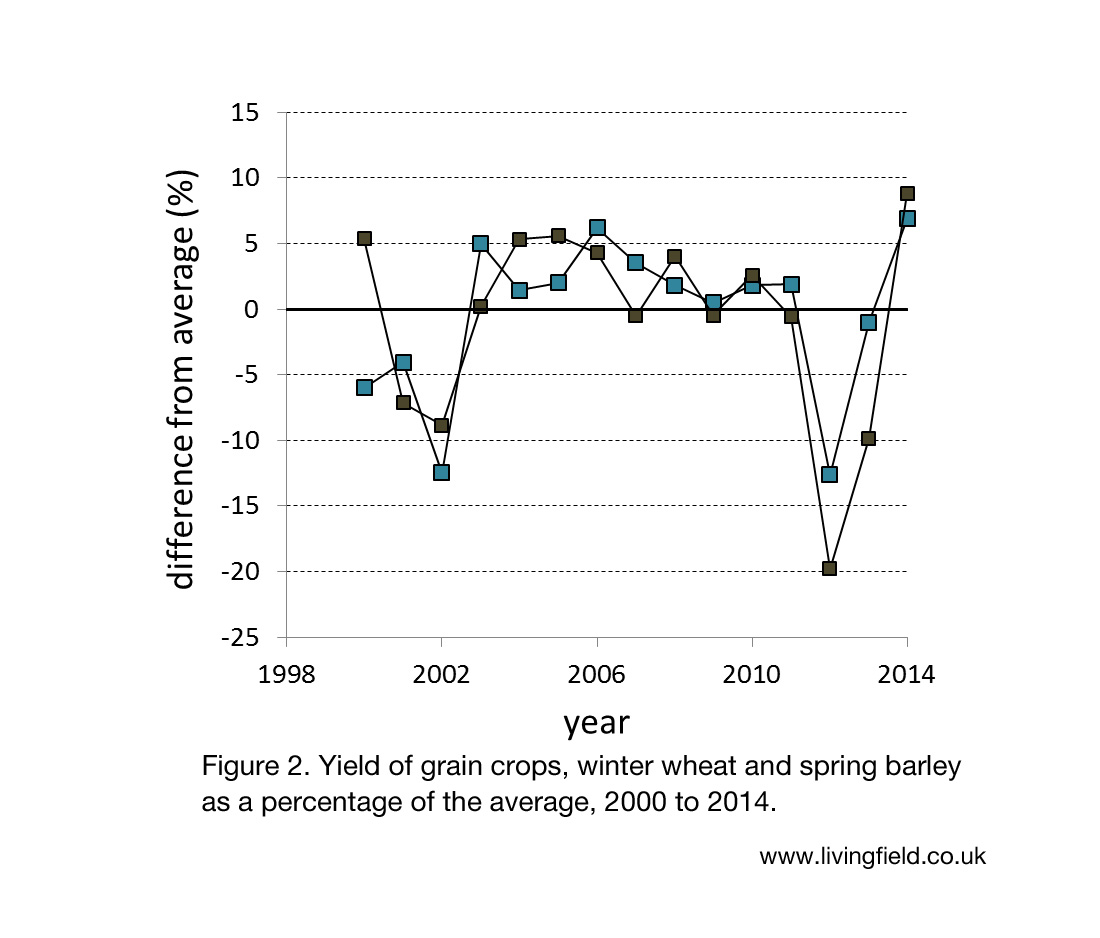 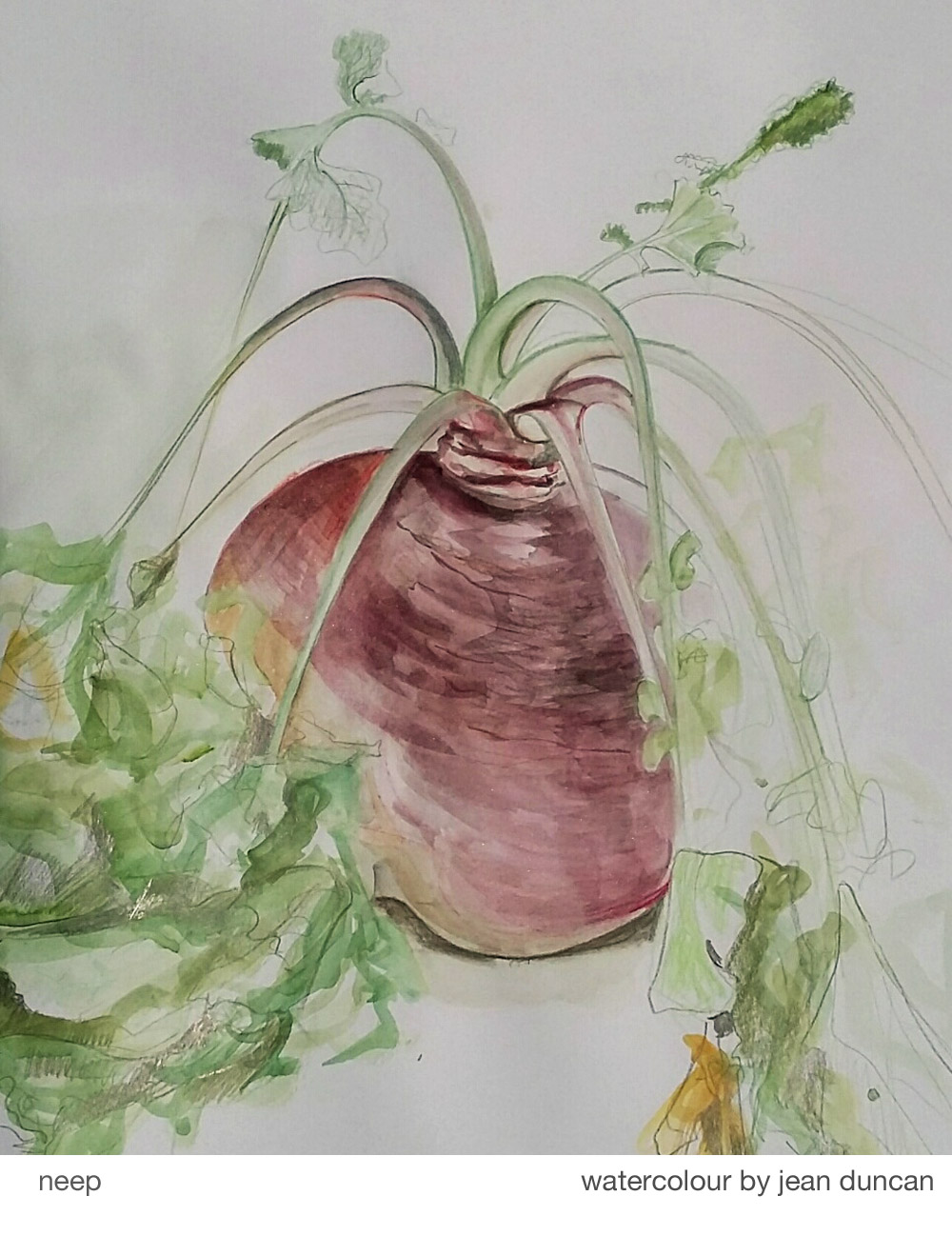 Painted in the Living Field Garden on 6 October 2016, by Jean Duncan.

Jean captures that solidity of the red-brown tuber, the arching leaf-stems and the straggle and mush of leaf-blades, grey-green and splattered with soil.

It’s the grey-green colour of the leaves and the yellow tinge to the cut tuber that distinguish the neep, swede or swedish turnip from the other turnip. The same Brassica napus as the oilseed rape it is, but a variety that puts its energy into the tuber and not into oily seeds.

This and the other turnip Brassica rapa – the one with hairier, bright green leaves and white flesh – were one of the main supports to agricultural improvement in the 1700s, a living food for people and animals through much of the winter.

Swedes and other fodder crops of the cabbage family are still grown in gardens and fields,  but not so much as they used to be. Stockfeed comes in tubs, made of soya, from the Americas.

Today the yellow mash of the neep goes with haggis and tatties to make the burns supper, and the tuber is sometimes still carved on the last day of October, the eve of All Hallows, into a lantern.

But those who know still value neeps as a prime vegetable, healthy and nutritious with a fine taste – anytime.

Ingredients of the Burns’ Supper – SoSCOtchBOnnet 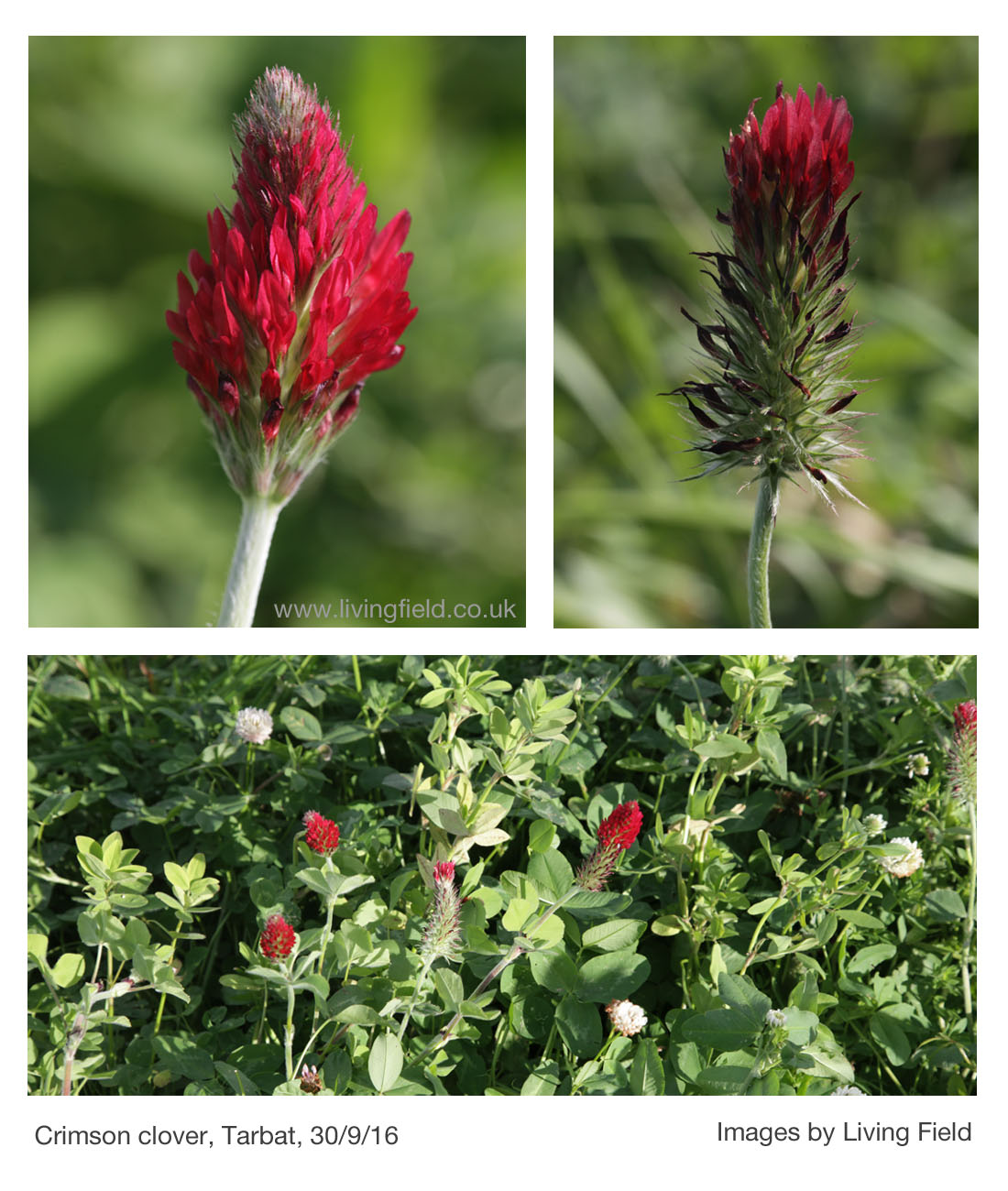 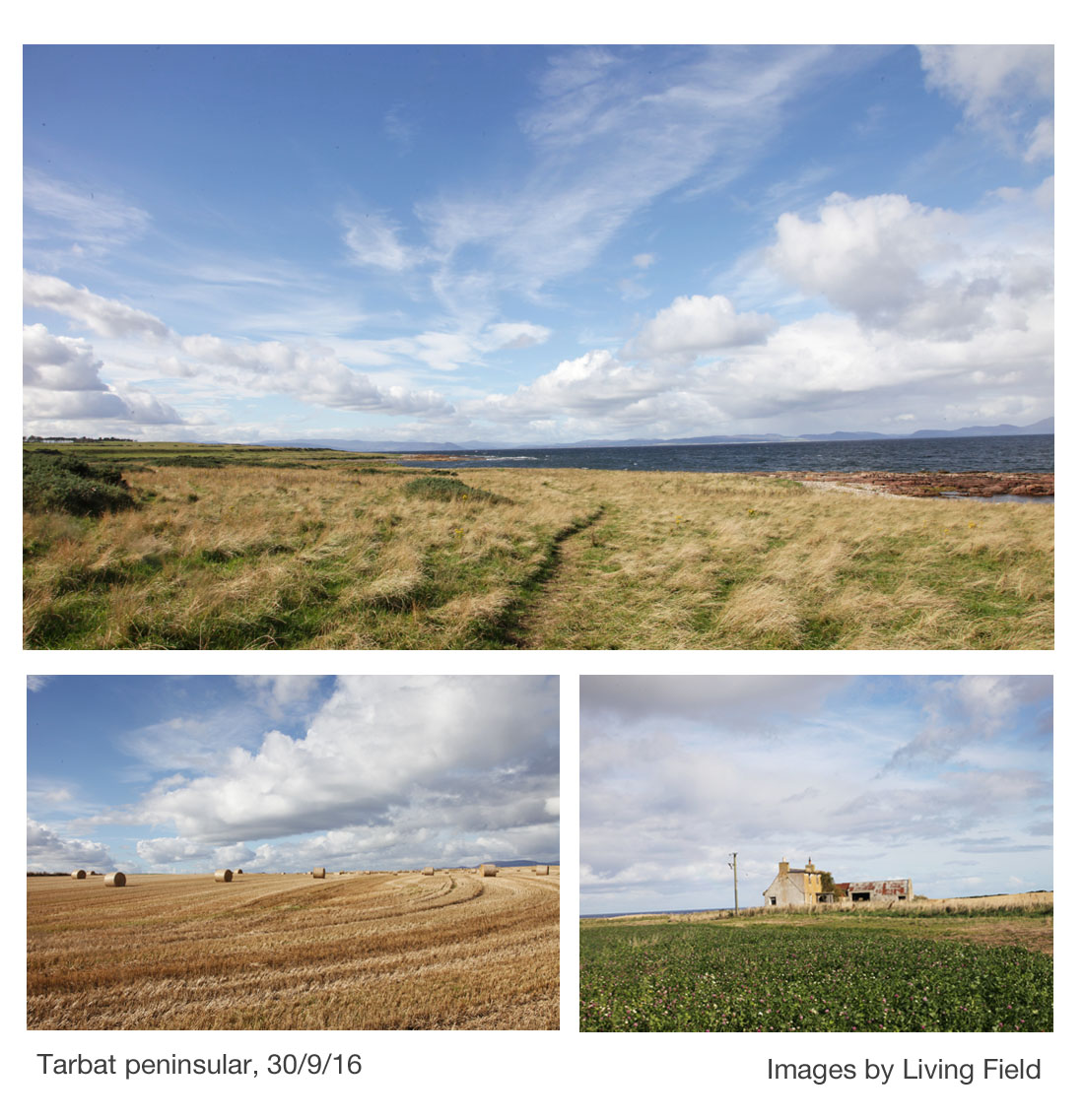