The first cross quarter day of the year is in the first week of February, mid way between winter solstice and spring equinox. Days are noticeably lengthening, but the croplands are in the depths of winter.

1 Across grazing land to the hills, Glen Clova. 2 Bull feeding in a blizzard. 3 Trees in rough pasture.

The incoming energy from the sun is just beginning to rise above its low point near the end of December, whereas the annual cycle of temperature is at its lowest in the year. 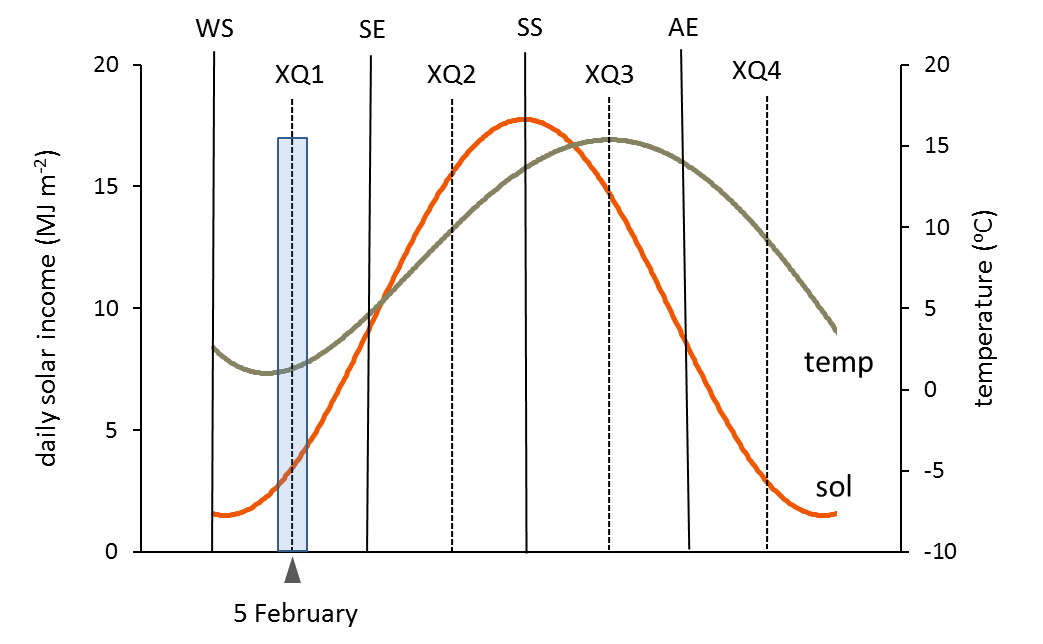 The length of daylight begins to increase more quickly day by day, so people begin to notice the lighter evenings and mornings.  In just six weeks, day and night will be of equal length.

Despite the usually low temperature, the weather-patterns in the Atlantic can still cause rapid shifts in cloud and air temperature as the wind moves from the cold north to the warmer south, and back.

The sheep stell (above) at Auchnafree Estate, a ring made of stone without mortar, was used for holding sheep. Inside, the sheep could be held from straying and tended. A notice says the shepherd Norman Dawson began to repair the stell in 1999, and it became Auchnafree’s Millennium Circle, to mark the year 2000, and  tribute to the skill of the traditional hill shepherd.

By early February, days have noticeably lengthened, but night is still  much longer than day. Only six weeks to the spring equinox. 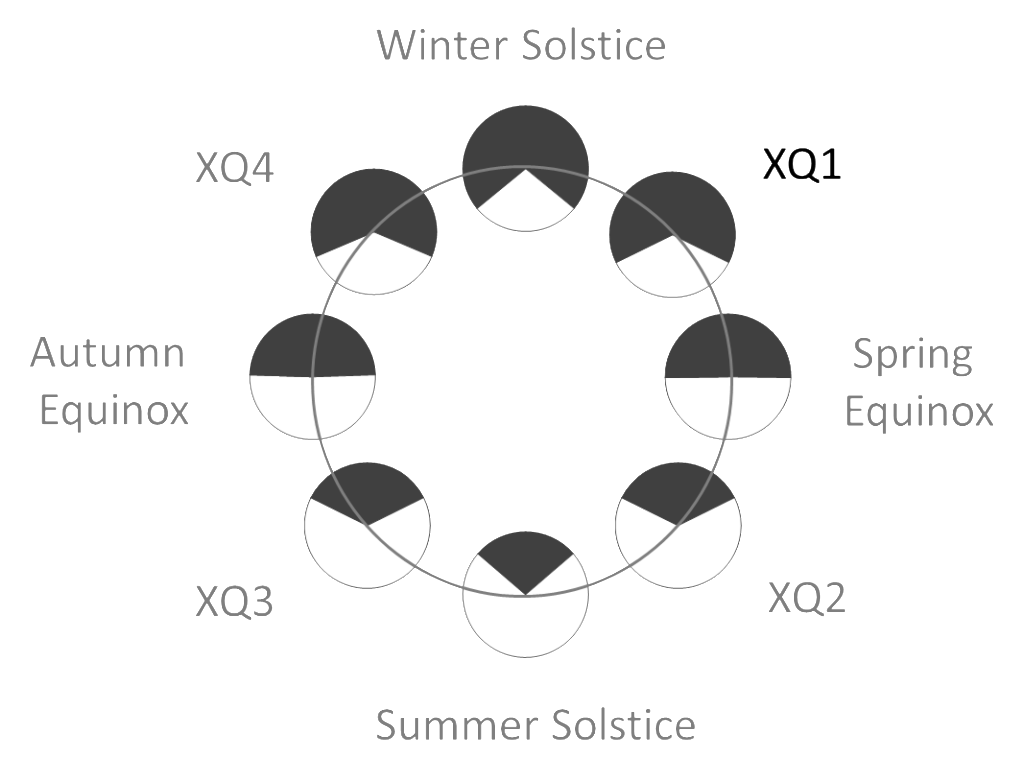 The winter crops, sown last autumn, mainly wheat, barley and oilseed rape, are hardy enough to withstand the sometimes severe cold of February. They can be set back if the cold and wet are prolonged, and a few will have to be re-sown in spring if badly affected. So why grow winter crops? Their benefit lies in that they are in the ground now, so when the temperature warms in March, they can take advantage of the increasing solar income to grow a full leaf canopy and bulk. At that time, few spring crops will have been sown: their fields are now in stubble or ploughed.

For the first few thousand years of farming, people had to rely at this time of year on stored grain or animals for food, supplemented with wild harvesting. The animals had themselves to rely on being fed grain or else stored hay or pasture. And then between 1500 and 1700 came the ‘root crops’ from mainland Europe, turnips and swede, which offered ‘green’ food during the winter and spring, and later potato.

Today, farming can provide a range of food for its livestock. Sheep can still be seen grazing on turnips or swedes and their close relations the forage brassicas (e.g. kale), or on hay or straw bales, allowing grass and legumes pastures  some time for regrowth. Cereals grain is still grown and stored especially for feeding stock. Supplements are now used almost everywhere except perhaps with remote hill sheep.

Festivals around this time between the winter solstice and the spring equinox include the Christian Candlemass (see School of the Seasons), Imbolc on the Celtic wheel and St Bridgid’s Day, the latter particularly in Ireland, and all usually on 1 or 2 February. While some of the writings around these days indicate the celebration of the awakening after the cold, it is far too early for that in most years. While the sun’s cycle is on the up, the temperature cycle will remain at its low for several weeks yet.

Handsel Monday, held on the first Monday after 12 January. Background and an explanation of the date (due to loss of 11 days when the calendar changed in 1752) at Historic Environment Scotland. Celebrated this year (2020) at Wemyss Caves (see Save the Wemyss Ancient Caves Society) as in a short film by SCAPE Archaeology. Though it’s nearer the winter solstice, Handsel Monday finds itself here in The Year.

Feast of St Haralambos, around 10 February, Eastern Orthodox Church, the patron of bees, beekeeping and honey – see this article by Milena Lyubenova on ResearchGate.

Losar – the Tibetan new year fest date usually in February but varying with the luni-solar calendar. A time of renewal. On 24 February in 2020.