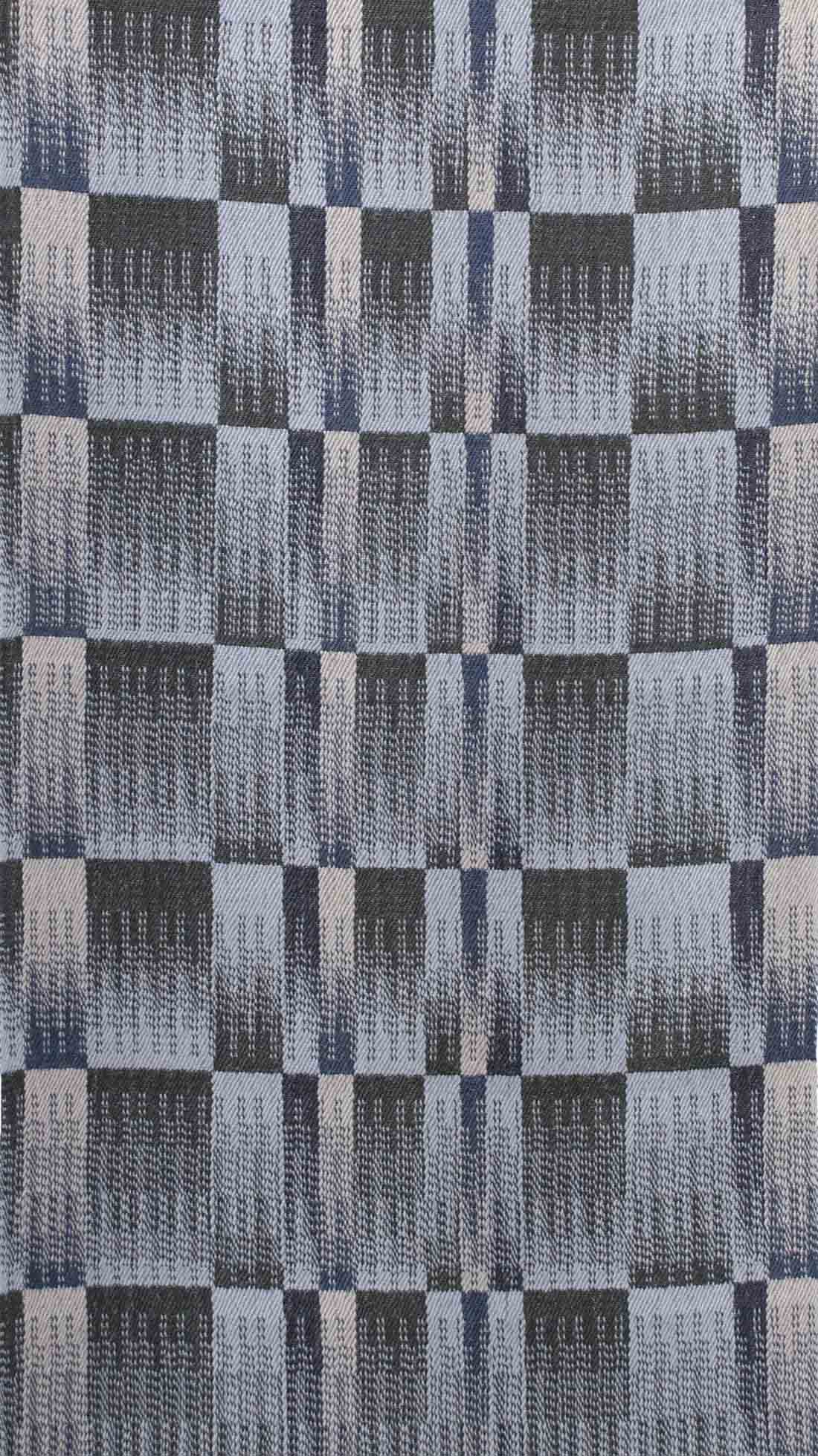 West Ward Works, in Dundee, previously used for printing books and magazines, was the site of the first Dundee Design Festival, 25-28 May 2016. The Works is now a disused factory, vast space, tubes, wiring and old instructions on the walls.

The Works was one of those many places in Dundee and its surrounds that processed masses of natural product – flax and jute are other examples – usually extracted or grown elsewhere, but given greater value through manufacture and sale. 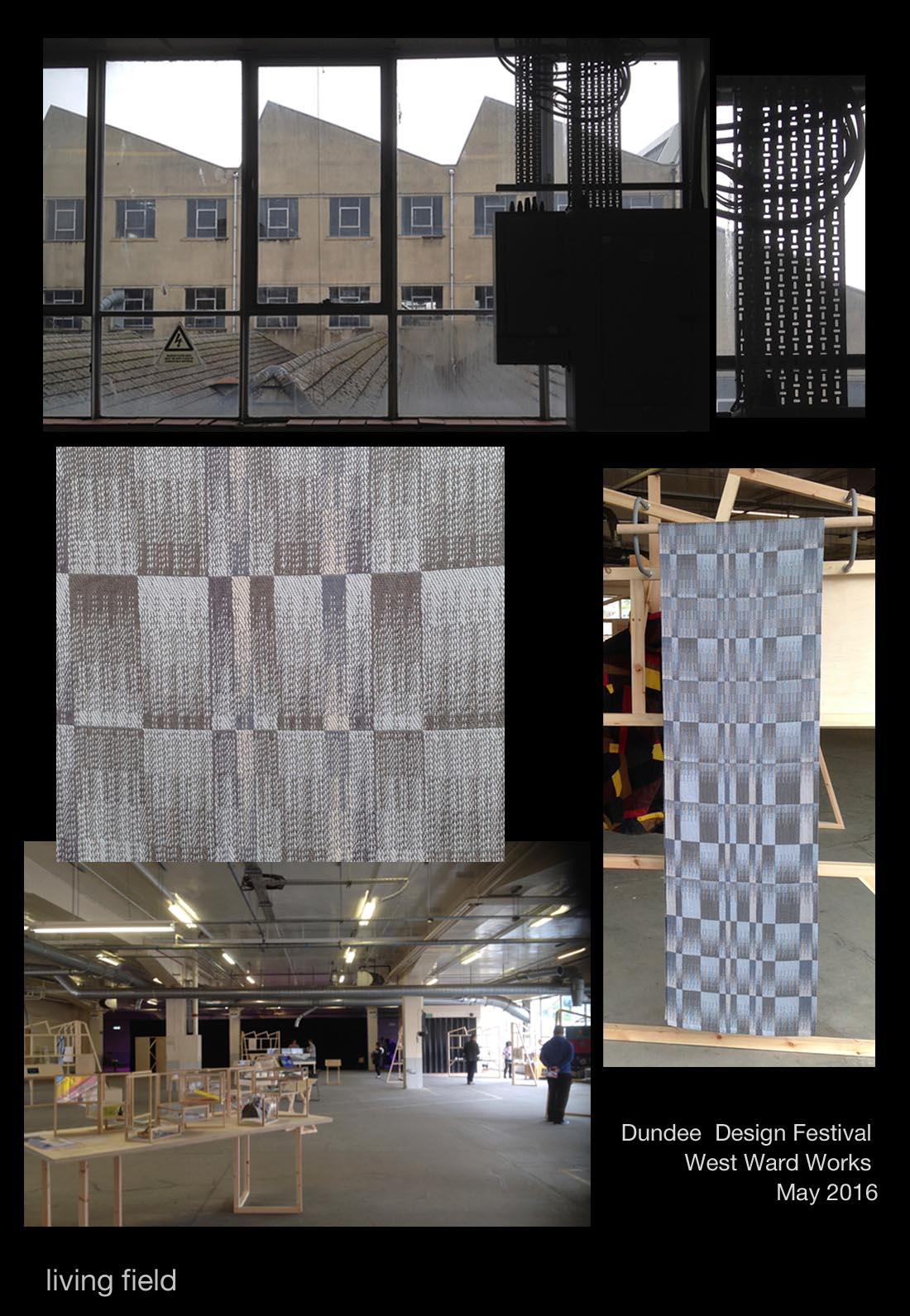 Several of the exhibits used natural fibre or other natural products.  ‘Firth of Tay’ (shown among the images above) is a length of handwoven silk by Cally Booker.  The notes say ‘Each block of pattern corresponds to (the) population profile in a local city, village or town’. It looks as if the patterns are based on a set of statistical distributions, e.g. perhaps number of people by age.  (The subtlety of the colours is not well reproduced in the cellphone snaps above – her web site shows the original, link below).

Elsewhere, Barley waste from local brewing has been compressed and formed into a piece of furniture (a bar) by Beer52 with Design in Action and Aymeric Renoud.

And – though not using natural fibres in this invention – the firm Scot & Fyfe, establishd 1864 in Tayport to manufacture linen from flax, offered Alphashield – ‘A seamless glass textile ‘sock’ … fed into defective pipes deep underground and set in place with resin to repair the damage and create a new strong pipeline’. (But how do they get it to stick to the sides of the pipe?)