Early summer and the trees had already started to break bud. The new whips in the hedges were just showing that first green. But what would grow in this recently compacted, waterlogged corner?

The pond was stocked with bulrush and wild water plants, water forget-me-not round the margins and brooklime Veronica beccabunga, which has been a favourite since. Then given what we knew of its ability to establish anywhere as a feral, oilseed rape was planted in a clump in what was designed to be a small arable rotation surrounded by paths; then some ‘weeds’ in the north west corner – mullein and mayweed among them. 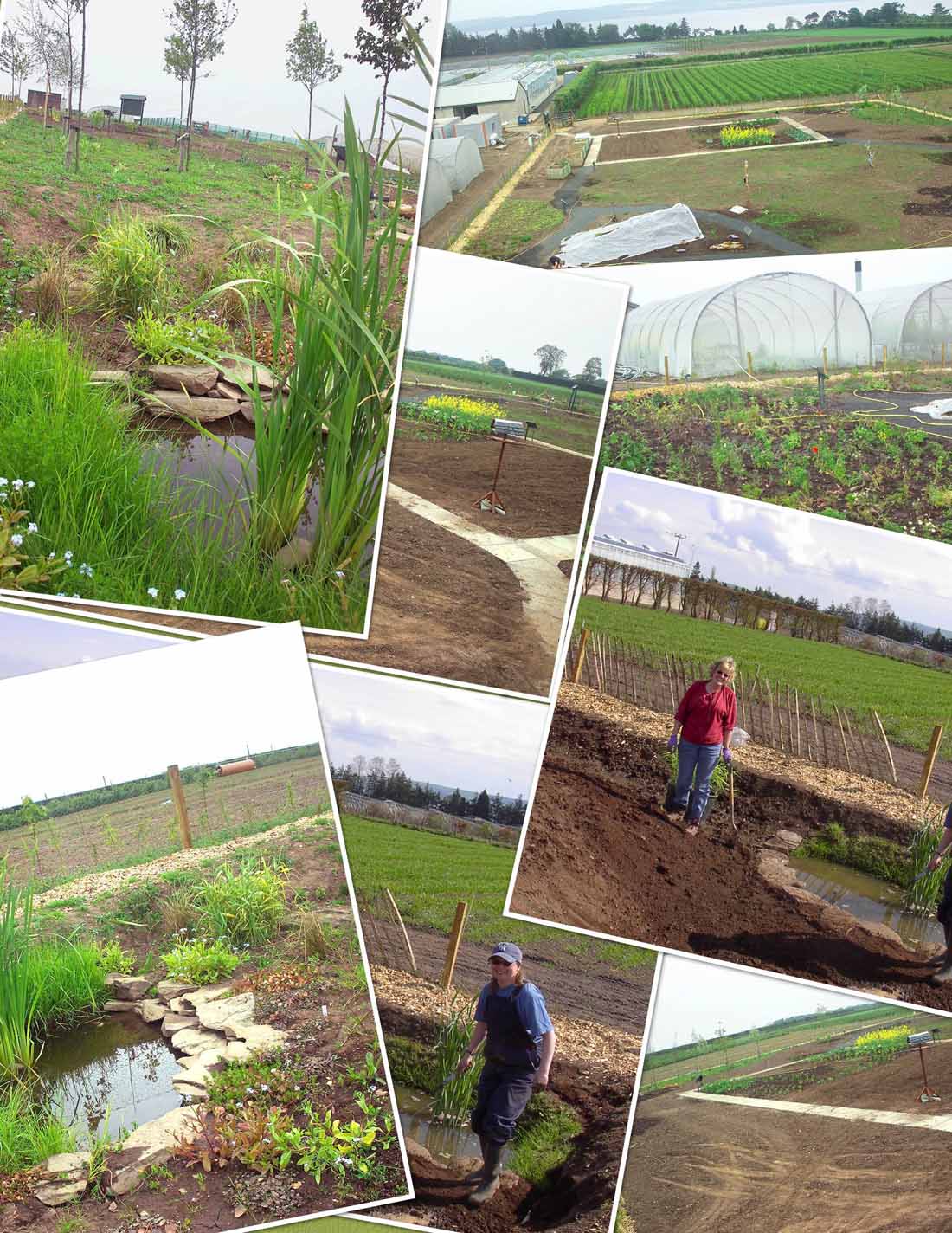 The paths and cinder tracks had been laid, and in the view top right, south, across barley plots and on to the Tay estuary, the toad hotel had been covered in fleece to get the plants to establish. The polytunnels visible were just outside the garden to the east.

The meadow had been sown, perhaps a bit late in the year for new meadows, but was already showing a hint of green.

And the plants mostly took, but there were still great areas of nothing but  what appeared to be bare soil.

Nothing much to do but wait for the autumn and hope the plants would survive the winter and reappear in the spring.

(And they did, most of them… and this was the beginning of the Living Field garden).