Cereals, oilseeds, potato and legumes – the main source crops. The recent rise of volunteers and ferals in cropped agriculture. Potential for cross pollination with wild relatives.

None of the early crops in Britain such as emmer and spelt wheat, has left volunteers or ferals. Even the first forays into growing rapeseed in the middle ages or the more serious efforts after the 1500s left none, as far as is known. Certainly, no rapeseed was found in the soil seedbank during many studies in the 1900s.

Most of today’s ferals seem to come from recent crops, probably an indication that they do not normally survive for centuries. In total, however, volunteers are among the commonest of today’s arable weeds.

Links to other crop-weed pages: 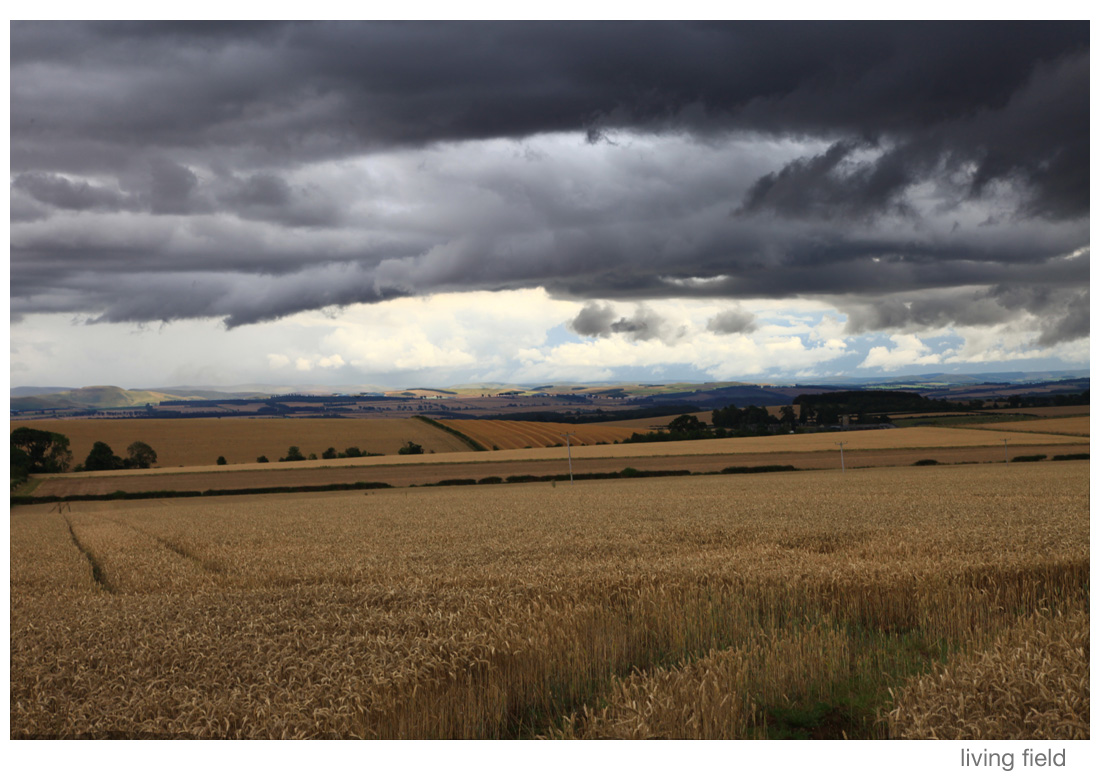 Barley Hordeum vulgare, wheat Triticum aestivum and oat Avena sativa shed seed that germinates to form a volunteer population in a future crop. The volunteers may remain in a field for a few years, but they seldom stray outwith cultivated ground. Germinated cereal seed is sometimes seen in great swathes where a contractor has emptied or cleaned some machinery in a field, but they soon disappear. Occasionally, however, the volunteers are so thick that it is not clear which is the sown crop and which the volunteer, but a close look to see which one forms rows should tell (the crop forms rows).

Cereal volunteers have no sexually compatible wild relatives in Britain, so volunteer cereals here will remain genetically isolated, but some such as wheat can breed with wild species of Aegilops in southern Europe.

Far less common than modern cereal volunteers are remnants of   black oat Avena strigosa which was once grown for animal fodder, and served as human food in times of famine. There may be still a few fields sown in Scotland and the plant occurs as a feral in some localities.  It is much taller than modern cultivated oat, similar in size and structure to wild oat, but the black ‘seed’ distinguishes it at maturity. 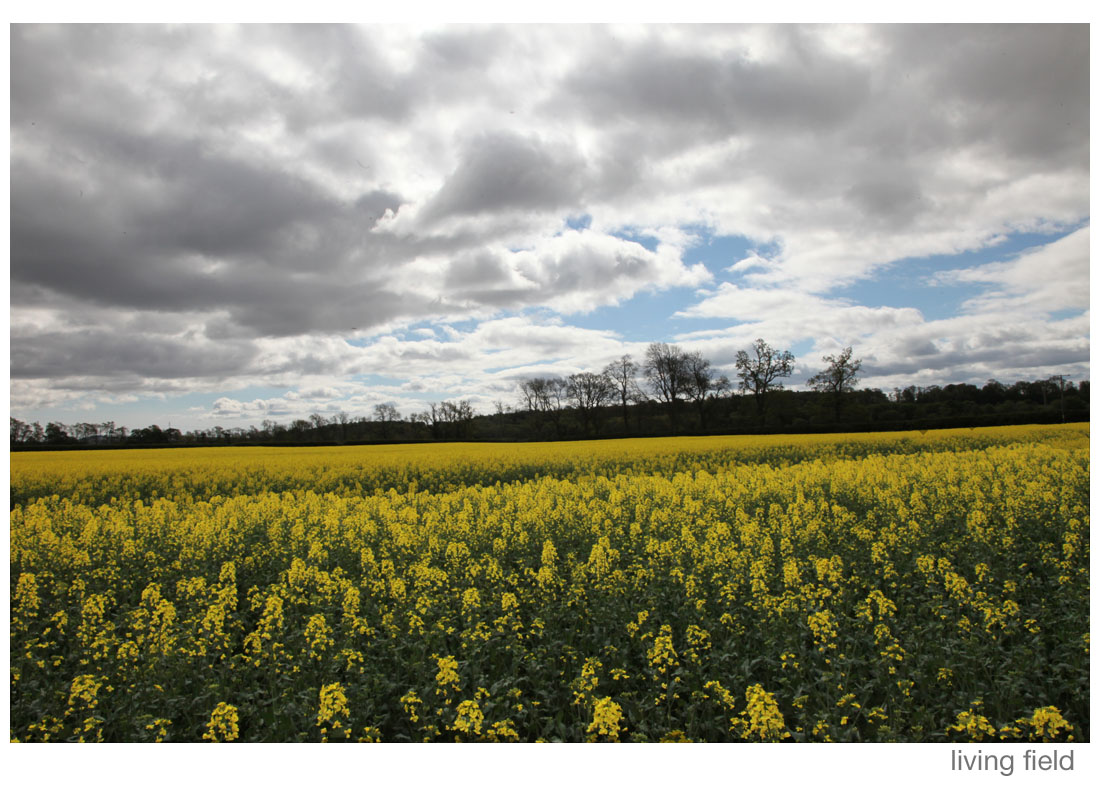 Images above – field of oilseed rape, origin and refuge of volunteers and ferals from the Brassica complex, at the beginning of the flowering period, late spring (Living Field collection)

The Brassica complex refers to oilseed rape, turnip rape and the cabbages and in all their cultivated, volunteer, feral and wild forms.

Oilseed rape Brassica napus has become a widely recognised source of volunteers and ferals that can persist in a locality for years, growing as weeds or wayside plants, sometimes being transported around the countryside on vehicles and wheels, rather than residing in one spot. The oilseed type of turnip Brassica rapa, grown here as recently as the 1990s but rarely so now, is also a source. Brassica napus does not exist as a wild plant but Brassica rapa does, though rarely in the north. The cabbage Brassica oleracea is usually grown for leaf and young floral heads (cauliflower, calabrese, brussel sprouts), so does not normally flower and seed, and leaves few volunteers and ferals. It lives wild around the eastern coasts of Scotland.

At harvest, Solanum tuberosum leaves both vegetative tubers, sometime called groundkeepers, and seed if a crop is left long enough to reproduce (as many crops are). Volunteers growing from tubers can leave tubers and seed in the next crop, so perpetuating volunteers for years after the original crop. The seed is highly persistent, probably more so than that of oilseed rape. The transmission of disease over time is the perhaps the main concern. For more detail, see Potato on this site. 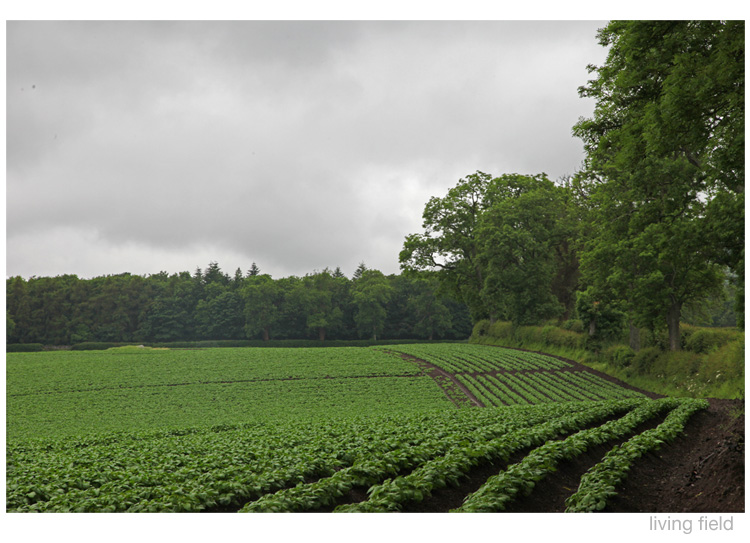 Beta vulgaris offers another type of biological interest among crop-weeds since its various cultivated types (sugar, fodder, red, vegetable), volunteers, ferals and wild relatives are all the same species in Europe and exchange genes freely. Volunteer beet is a serious nuisance weed in some countries, but hardly so in northern Britain, where not much beet is grown as a crop. An extended case study will be described for the Beta complex.

Faba bean Vicia faba and Pisum species are occasionally found as volunteers and ferals. They do not persist for long and generally cause little problem. Both are legumes and fix nitrogen. The contribution of volunteer beans and peas to the nitrogen economy of fields will be positive, even if small. Both are visited by pollinators.

Many other arable crops also leave volunteers but not usually in great number. Grasses and forage legumes, such as clover, leave volunteers that take up long term residence in managed or part-managed swards, and even arable fields, but are rarely noted as being volunteer. In some places in the world, the forage legume lucern becomes a widespread feral, but the crop is hardly grown here now.

Maize in tropical and sub-tropical lands can leave volunteers from  dropped seed. Whole cobs, if left on the ground, can produce a mass of seedlings. However, maize rarely survives the winter in north-temperate lands.

Most of the crops discussed in the section of 5000 years on The Plants have left volunteers or ferals in at least some part of the country, even if for a brief period. So Thirsk, for example, in citing an account of roadside madder in Turner’s New Herball of 1568, raises a question that is highly topical today (though about feral rapeseed) – did the feral madder come from seed spilled from ‘consignments that passed along the road from the port to the clothiers inland’ or ‘were they escapes from cultivation at an abbey or gardens nearby’. 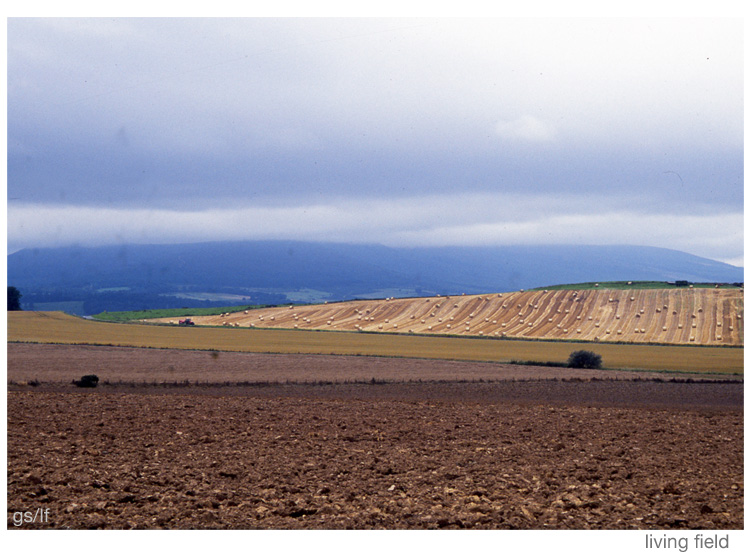 Most of our crops are immigrants from other lands. As they arrived in dribs and drabs over the past few thousand years, they took up gladiatorial combat with the local plants. Agriculturalists built the arena and set plant on plant.

Some of the immigrants went native and joined the locals – they became local.  For about 5000 years, the locals came out on top. The crops had a hard time. But for the last 60 years or so, the locals have their backs to the sod: they’ve been depleted by chemicals and the plough. Only the toughest guerrilla fighters survive.

Yet just as the agriculturalists started to tame the locals, the immigrant crops saw their chance and went native. Now crop volunteers are among the commonest weeds.

It’s a long story.  The ending can’t be known.