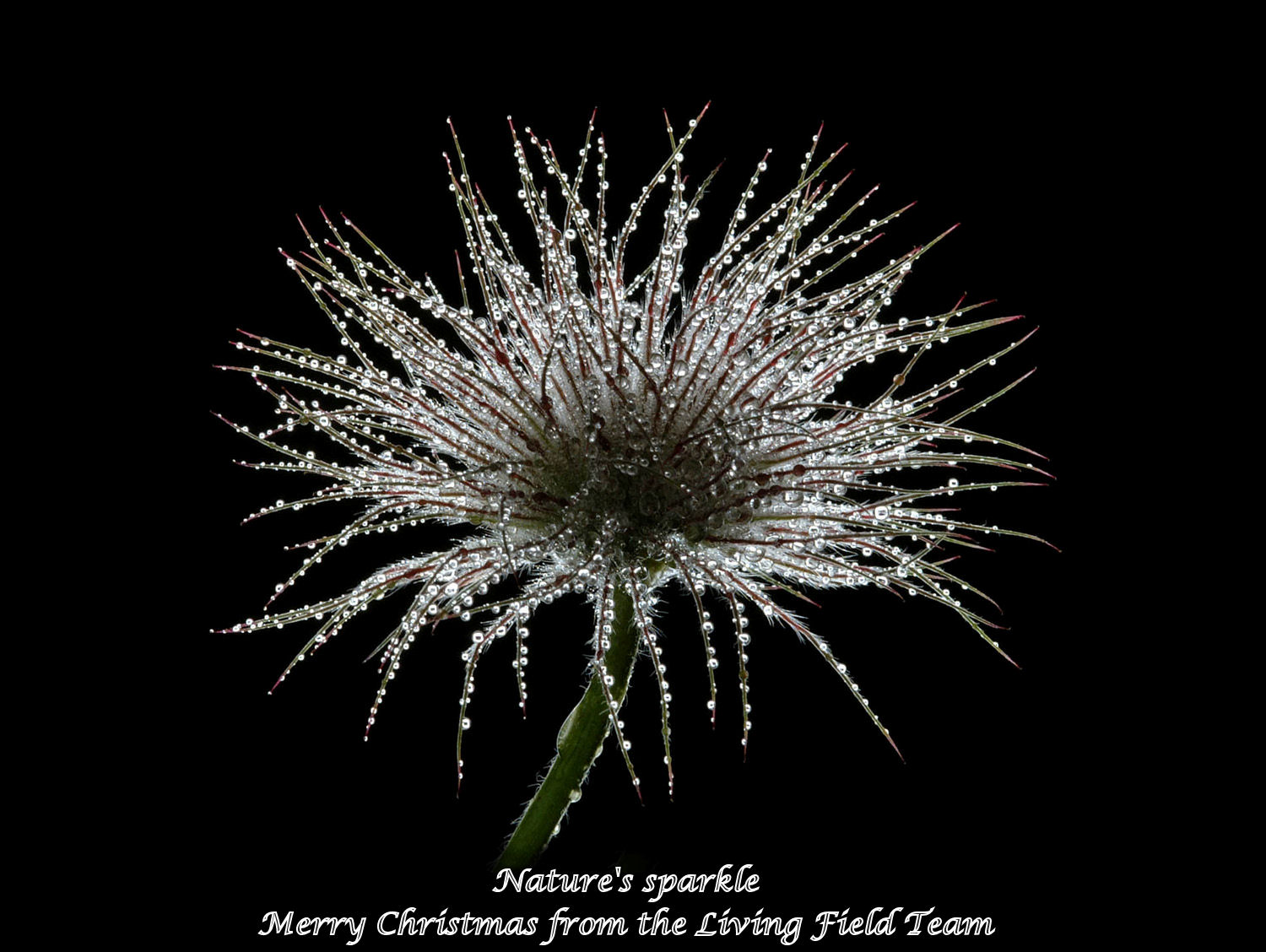 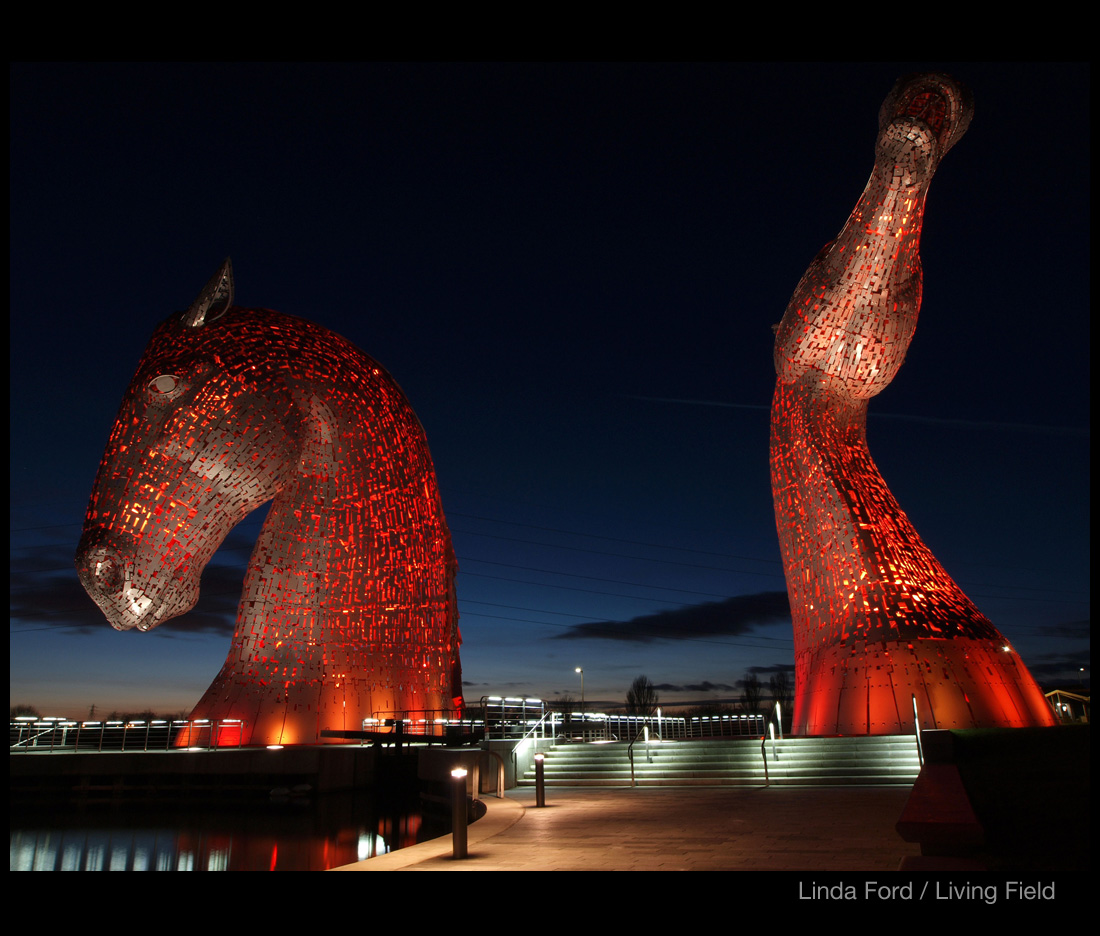 The Kelpies at night (Linda Ford)

The High Mill, derelict for some decades, has been restored at Verdant Works and is open to the public as part of the Verdant Works Museum, Dundee. This magnificent restoration reveals the skills in engineering, architecture and construction that arose with the industrial revolution. The restored ironwork is a superb sight while the roof timbers reflect the colour of jute fibre. See for yourself. 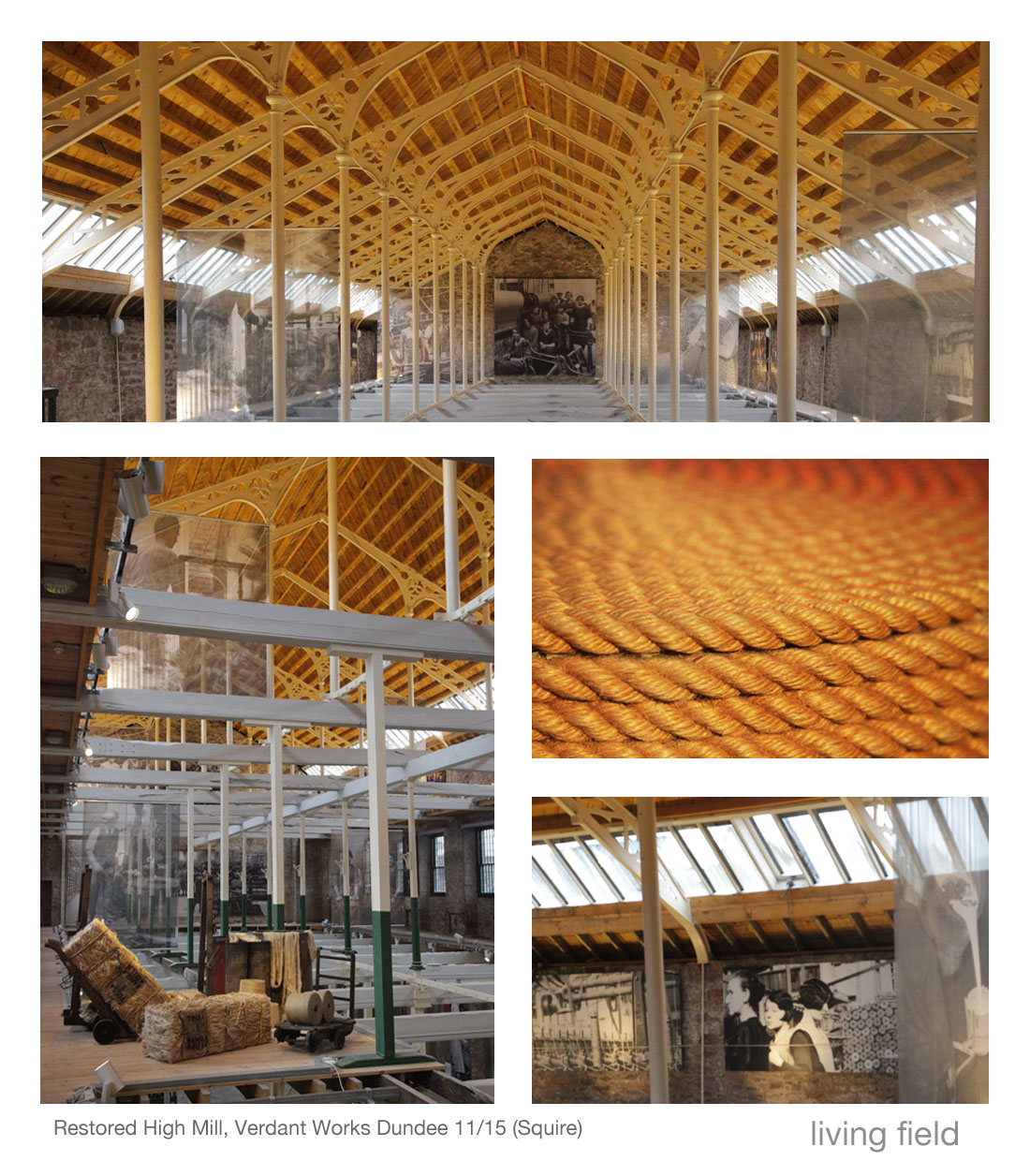 The name Verdant arises from the flax fields that used to grow in the area of the Mill, yet the flax disappeared many years ago. The museum tells of the changes in the textile industry from its beginning as a distributed home-based craft, cultivating flax and making yarn and linen cloth.

Local cultivation gave way to imported raw material. Then local production gave way to steam power and to industrial manufacture. Even this was out-competed in the 1800s as the industry turned to jute grown in India and Bangladesh. The main museum presents the story of jute.

The spaces created at High Mill are intended for exhibitions and education ….  but they make you wonder, both at the engineering skills that created the building and the industry it served, and the often appalling conditions and treatment of the people who worked there.

Background to the restoration and intended uses highmillproject.com/project

The Living Field’s web pages on Fibres, part of the 5000 Years – Plants project –  describe local and global production of fibre plants, including flax and jute.

William Ricketts began in 1934 to create his Sanctuary in a hilly region of the Dandenong Ranges in Victoria, Australia. He fused  fired-clay images, mainly of Aboriginal people, with the lie of slope and rock on a hillside vegetated with trees and tree-ferns.  He believed that people could live together and with nature, and that destruction and exploitation were not inevitable. 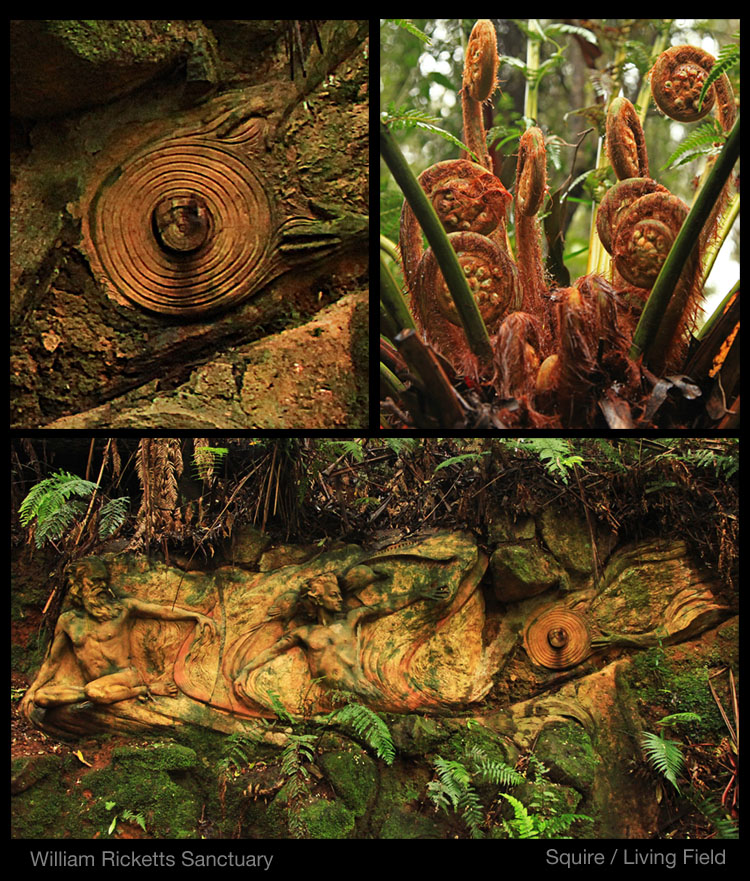 The images are now shaded by layers of vegetation. The upper canopy is mostly the leaf and branch of australian mountain ash,  Eucalyptus regnans,  tall and straight, said to be the tallest of the Angiosperms (non-conifers), and so very different from our own mountain ash or rowan.  Below them are a few medium sized trees and then the tree ferns, luxuriant above the paths and sculptures. (A part of a tree fern is included in each of the sets of images on this page.)

At the base are herbs, ferns and mosses, growing close to and in some instances on the sculptures. This proximity gives the site an organic feel, the images becoming part of the scene, aided by the artist taking casts of the rocks so that he could match the base of the clay precisely with its intended location. 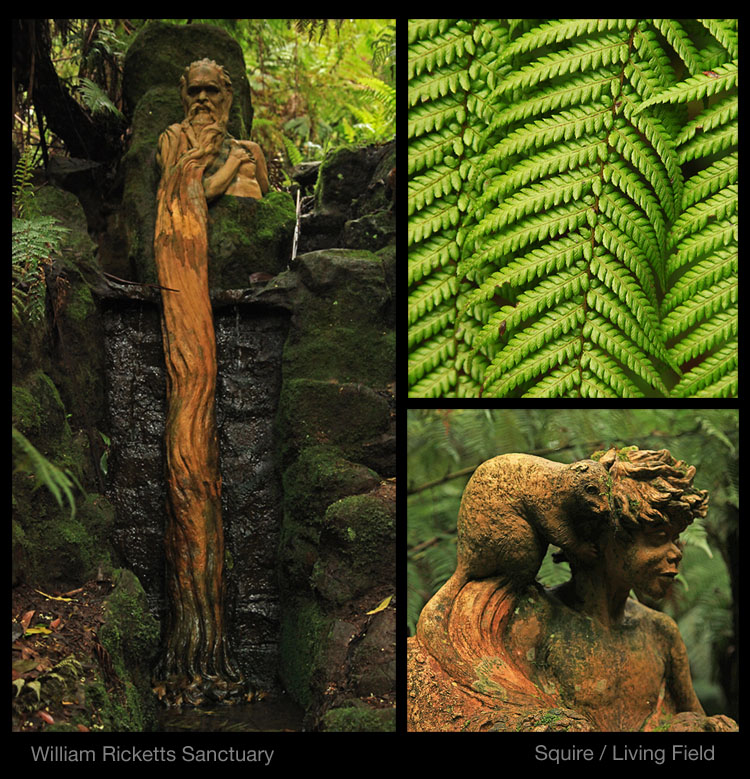 The clay images come alive in their setting. Many are part covered in a green algal film that must change with the seasons. Water droplets lie on them. Rivulets of water flow over them. Insects and fallen leaves rest on them and they change as the gums and tree ferns filter the light. There are  touches of William Blake in the way figures swirl and flow into each other.

Ricketts was born in 1898, a little more than a century after the main phase of European colonisation began. He spent many years living with Aboriginal Australians, learning their approach to life and how they managed vegetation and land. He also created works for natural locations farther north, in central Australia. 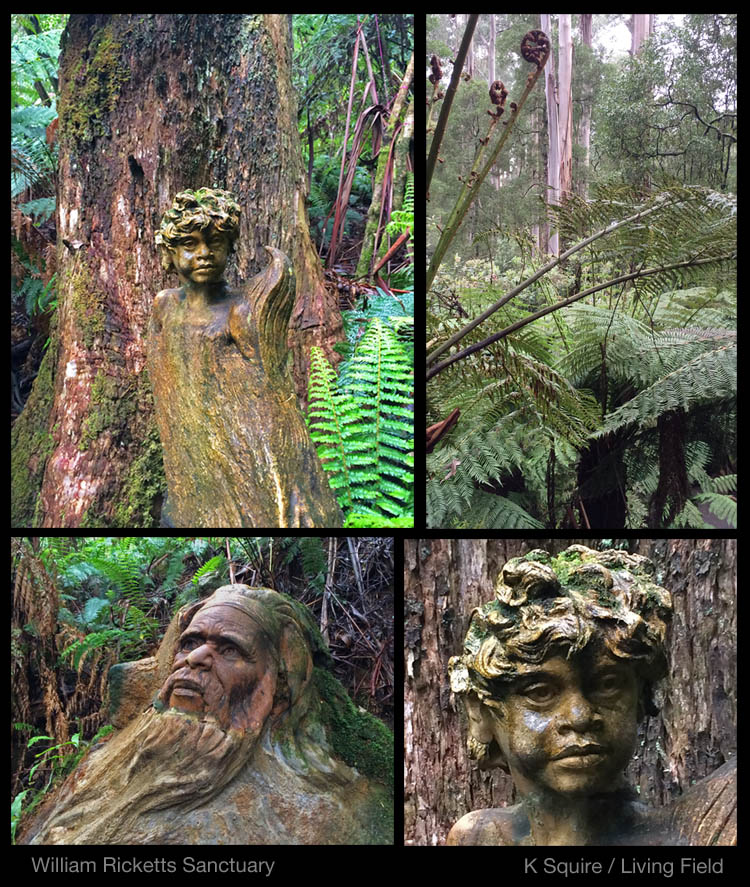 He died in 1993, aged 94. He lives through the Sanctuary, his various other works and a few writings, but most of all through the memories of people who have seen his works in their intended setting.

The Sanctuary is managed by Parks Victoria. As with all other images on the Living Field site, images of William Ricketts’ works here are displayed ‘not for profit’ (taken October 2015).